The Irish Independent notes today that in 2016, Millstreet had the second highest reliance on the manufacturing industry as an employer in the country:

“… some towns are heavily reliant on just one industry. For example, in seven towns, more than 25pc of the workforce were employed in manufacturing in April 2016 – they include Ballyhaunis, in Co Mayo, where 41.88pc of workers are in the sector, followed by Millstreet, in Co Cork, at 33.92pc…” [1]

From a community perspective, you’d prefer a broader spread of the workforce across industries, because in our case we may be too exposed to a shock to the manufacturing sector. At the same time we’re glad to have Alps, Munster Joinery, and the other smaller manufacturers in the area for the jobs they bring.

Detailed employment tables for Millstreet are below, though just the town and not include the surrounding hinterland.

Population Aged 15 Years and Over in the Labour Force 2016 by Towns by Size, Sex, Intermediate Occupational Group and Census Year [1]

Millstreet Population Aged 15 Years and Over 2016 by Towns by Size, Sex, Socio-Economic Group [1]

Millstreet Population Aged 15 Years and Over in the Labour Force 2016 by Towns by Size, Sex, Broad Industrial Group [1]

Unemployment Rates in the local area

The raw data above is from the Central Statistics Office: Profile 11 – Employment Occupations and Industry 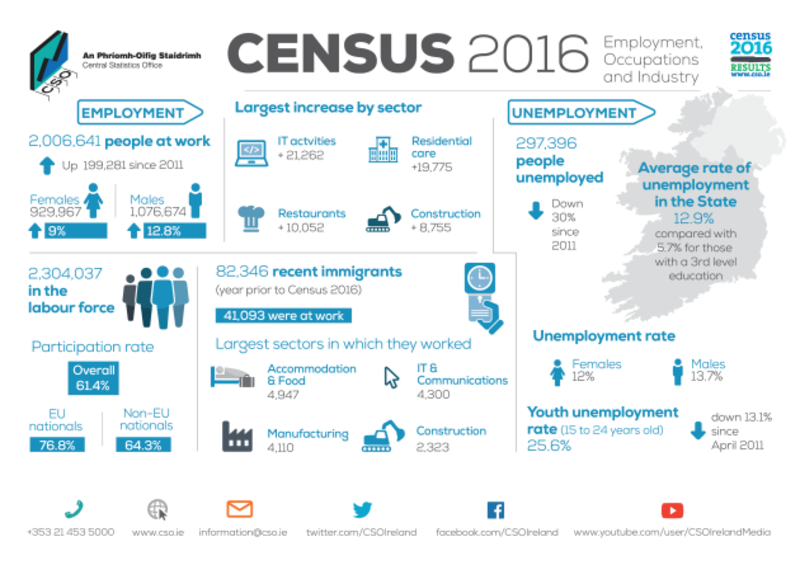