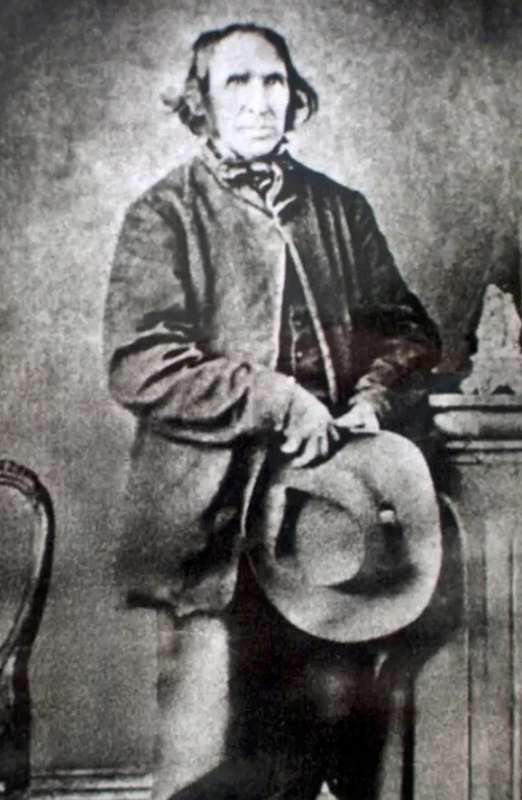 Cotter’s family would have laboured for a pittance, and if lucky, rented their own “conacre” (a plot of 1/8 or 1/4 acre). Any surplus beyond subsistence would have been devoured by a hefty rent paid to the absentee landlord via his local manager.

Young men like Cotter dreamed of both vengeance and reform, usually under the banner of the rebel Whiteboys. Most Whiteboy actions were local, a desperate push for meagre change – a little more land, cheaper rents, better wages. So Cotter’s “crime” followed a well-worn pattern.

In 1822 Garrett Cotter lived with his mother and siblings. His father had recently died and life was difficult for the family. We are led to understand that his father’s death was as a result of the conflict with the land owners, in general, and the English, in particular.  So on a dark night in mid-January, Cotter and several others crept up to the door of another local, Richard Reardon. Reardon had accepted their landlord McCarthy’s offer of comfort and a wage in return for collecting exorbitant rents and managing his lands. Reardon and his household were to be intimidated into going on strike until McCarthy agreed to better conditions for his tenants.

All went well for the raiders, with Reardon swearing on oath to quit his job, and even the milkmaid swore against milking the cows until rebel demands were met.

Unfortunately for Cotter, John Leary and one Michael Breen, they ran into a military patrol on their way home. Arrested and imprisoned, they were taken almost immediately down to Cork City, where on January 17th Captain Henry Wallis had them arraigned on a simple charge – “Whiteboyism”.

Leary and Cotter were tried together on the Thursday morning of a week of high drama. The Cork Special Commission of February 1822 dealt with no less than 40 cases in what became a show trial.

According to The Dublin Evening Post, the courtroom “was crowded to excess in all parts, by persons of the highest respectability”. Two eminent judges presided, a new jury was empanelled daily, and a vigorous prosecution was pursued for the full week by the Attorney General and Solicitor General.

Any chance Cotter and Leary may have had vanished when Patrick Breen turned Crown witness. Their case was dealt with and a guilty verdict returned, all within a couple of hours. Judgement hour for the full cast had come, and Cotter and Leary were two of 35 condemned to death. Breen was discharged.

As in most cases during this period, the sentences were commuted or “respited” to transportation for life. It was on May 7th 1822 that Cotter, Leary and others shuffled in irons onto the convict ship Mangles.

Although the 40 trials had yielded only one report of a rebel firing at an uncertain target, the clerk writing up the ship’s indent entered the charge against every Special Commission name as “Insurrection and Firing on the King’s Troops”. And so the legend was born.

In New South Wales, Cotter, along with another Cork man named Buckley, was assigned to Mr John Warby of Airds (modern-day Campbelltown). Nothing is known of his time with Warby, except that when he was re-assigned to Francis Kenny at Appin two years later, the Reverend Thomas Redall wrote him a highly complimentary reference.

About the time Kenny “acquired” Cotter in 1824, he also acquired a 120 acre grant on the north-east shore of Lake George (in the area called Kenny’s Point to this day). By the census of 1828, he and his entire household were living at the lake.

Kenny’s enterprise flourished, and included the running of a neighbour’s large property in return for a proportion of the stock increase. That absentee neighbour was Robert Cooper, just then establishing his first brewery in Sydney. Much of our knowledge of Cotter’s expertise with stock comes from a diary kept by Cooper’s son James, when he travelled south to divide up stock and plant with Kenny.

As well, a strong oral tradition within the Cotter family has Cotter befriending a local aboriginal leader. European attempts at his unusual name were many, including Hong Gong, Honyong and Onyong. He is said to have saved Kenny’s stock during a drought in 1827-1828, by leading Cotter across the Murrumbidgee to good natural pasture around the junction of Pierce’s Creek and the lower Cotter. (The area is already referred to as Cotter’s Station in Commissioner Bingham’s 1839 report.)

Cotter established huts and a rough existence there, and the stock fattened under this regime. Then in 1832 he was accused of horse stealing by one Donald McKay, manager of another neighbouring property. When McKay approached Cotter with a warrant duly issued, Cotter is said to have knocked him off his horse.

The original charge was dismissed for lack of evidence. But for contempt of a warrant, Magistrate McAlister banished him “Beyond the Limits of Location” for four years. This was perhaps not quite so drastic for Cotter, because it took him over the Murrumbidgee to known territory.

Kenny, who had battled to have Cotter exonerated, gave Cotter his own cattle and own brand – the Cotter family hold that brand still. Now Cotter took supplies, the basics of living, and his cattle across the river to his old haunts.

And at this point he disappears from the record. For perhaps as many as 10 years, he lives anywhere from the lower Cotter right up to Coolemon, Currango, and Tantangara. Once again, oral history points to Onyong as his guide to the understanding of this forbidding country and its features. A breastplate of Onyong’s identifies him as “King of the Namidge Tribe”, and it is clear that Cotter came to know the mountain country of Namadgi and beyond like no European before him.

We know that he was at Tantangara in 1842, because after his marriage to Ann Russell in May 1841 their first child James was born there. By the mid-1840s he seems to have been squatting in the heavily timbered country rising from the Naas River. The first property over which he held title after his conditional pardon in 1847 was the Demandering Run, which he called “Naas Forest” (or simply “The Forest”). It remains in Cotter hands today.

Thereafter he settled in Michelago, a respected squatter with a name securely entrenched in history. The young man, illiterate and with no future, was ultimately served well by the sentence which had initially looked so cruel.

As he heard belatedly of the devastating famine in Ireland, and the glacial rate of change in conditions there, he must in the end have been glad of the night he crept up to Reardon’s door.

TODO: Richard Begbie is in the midst of writing an imagined life of Garrett Cotter, to be published soon.

This article appeared in the Canberra Times in 2013 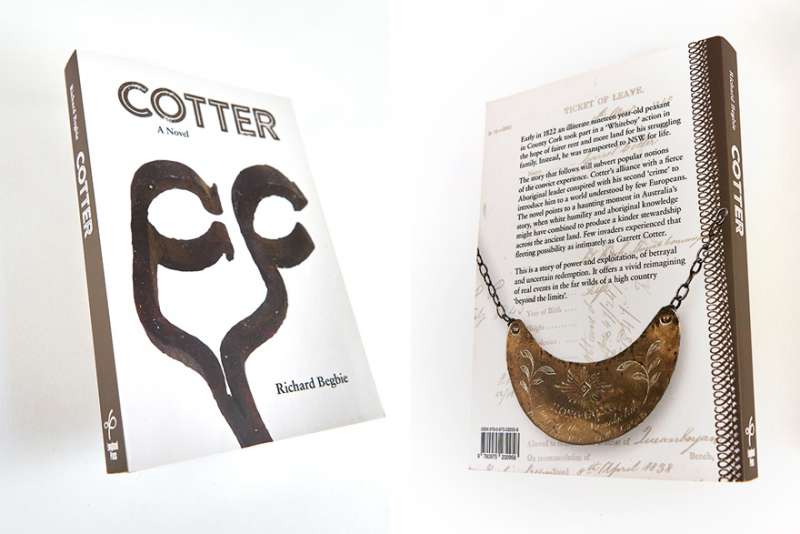 COTTER: A Novel, By Richard Begbie, was published in 2016 by Longhand Press.

When Garrett Cotter was born in 1802 in County Cork, Ireland, the only settled part of the Australian continent was the small town huddled around Sydney Cove. This illiterate ploughman was transported to Australia in 1822. When he died in 1886 the Commonwealth of Australia was only 15 years away and eventually a National Capital would grow up near where he had lived, with a river named after him.

I asked my grandchildren what the word “Cotter” meant to them. They mentioned camping, and a picnic spot and bushwalking. This is the story of the man who gave his name to that river and the great dam that now controls it.” [ref]

A preview of the book can be read on Google Books here. In fact, the first six chapters, up to the point where Cotter is placed on the Mangles is available to read !

The original concrete gravity Cotter Dam was built in 1912 when Canberra was established. The height of the dam wall was raised to a height of 31 metres (102 ft) in 1951 in order to increase capacity of the reservoir.

Where was Cotter from exactly?

The book says that Richard Reardon’s house was in Drominagh (around Clonbanin Cross). It implies that it was halfway between Millstreet and Kanturk, but reading it, one gets the impression that Cotter was from the Millstreet side of Drominagh. From reading the book, and checking the Dromtarriffe Parish Records, there were cotters living in Clonbanin back to the 1830s, so it they may have been that same family, as he was living local to Cotter.

Those committed on Jan 17th 1822 by Henry Wallis Esq. with a charge of Whiteboyism were: