A few minutes later than scheduled, under blue skies and a temperature of 22C, the Rás Tailteann passed through Millstreet on its way to Mitchelstown.  There was a over a minute gap between the leaders and the main peleton. The Boys National School came up town and created a fantastic atmosphere. Well done everyone that came out !

There’s a number of more videos and photos of the race below:

Tony was also streaming it live from outside his butchers, and caught the leading group and the main group:

As were the Thrift Shop:

Breda had a different perspective from upstairs over the Bank of Ireland: 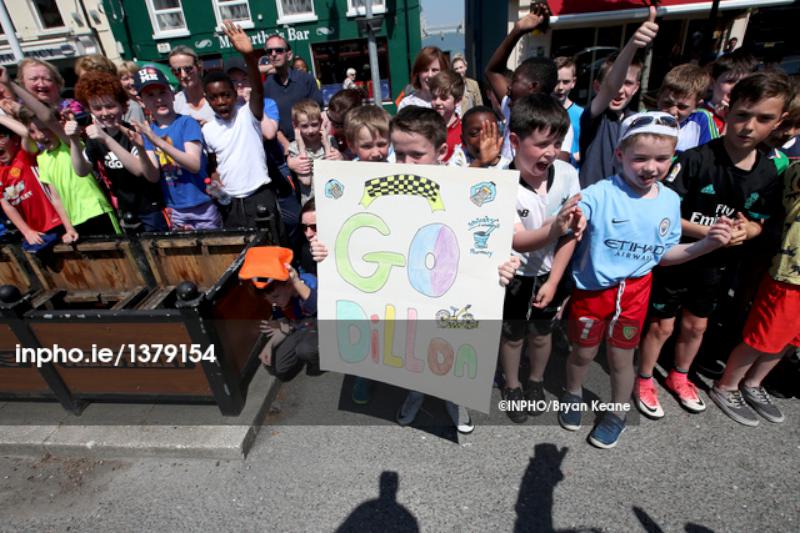 While Tom was at Coole Cross

Miriam was in the square and has a video and pictures.