The best of luck to Kevin Crowley who has been named to start at corner back for Cork in the Munster Senior Football Championship this Saturday May 26th against Tipperary in Thurles at 7pm.

The game will not be shown live on TV but there will be highlights on The Sunday Game on RTÉ 2 at 9:30pm on Sunday and on the RTÉ Player.  For football fans from Cork who also follow Liverpool, this is a bit of a ‘mare.  Munster Council confirm Tipperary-Cork semi-final will clash with Champions League final. 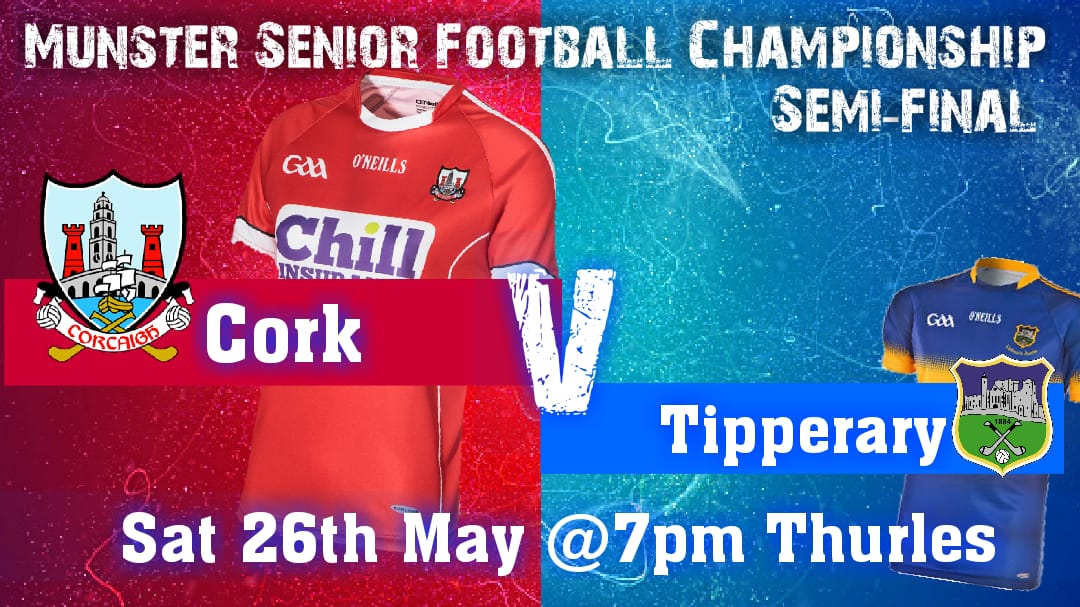 The Cork team to play Tipperary in the Munster Senior Football Championship Semi-Final next Saturday 26th May in Semple Stadium, Thurles @ 7pm has been announced https://t.co/spo3LyLE7K . pic.twitter.com/5Pn8F8LcAQ