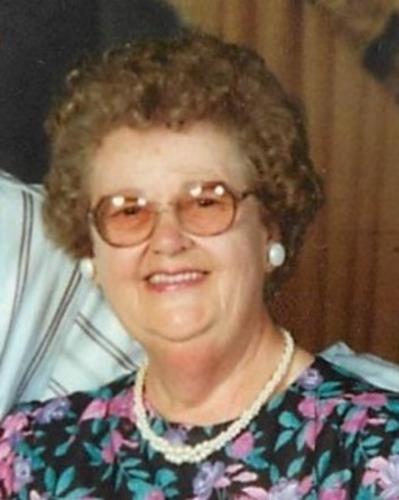 Eileen O’Sullivan March 27, 1931 – May 16, 2018. Eileen passed peacefully on May 16, 2018, surrounded by her loving family. Eileen was a loving wife to Patrick O’Sullivan for 60 years as they had just celebrated their wedding anniversary in April. She was an adored mother to Margaret O’Sullivan and Dennis, predeceased in Feb. 2018. She is also survived by her sister Nuala O’Riordan (Millstreet), her sister-in-law Sheila Becker (Michigan) and brother-in-law Jack MacSweeney and many nieces and nephews in the United States and Ireland.

She was born in the town of Dunmanway, West Cork, Ireland to Margaret O’Donovan and Denis F. McCarthy. She is predeceased by 5 of her siblings: Josie McCarthy, Maureen Murray, John, Denis and Donal McCarthy. She attended St. Mary’s Convent in Dunmanway for primary education and to Marie Immaculata School for secondary education. She went on to attend the Vocational Business School in Dunmanway. After which she went on to Nursing School in which she was educated and trained as both a Registered Nurse and a Midwife in St. Finbarr’s Hospital in Cork City, Ireland. She embarked upon her career as a Registered Nurse and Midwife in Dunmanway County Cork Hospital, and then on to Mallow County Cork Hospital and lastly at Millstreet County Cork Hospital. It was during this time in Millstreet Hospital that she met her future husband. In 1957 she immigrated to the United States to marry the love of her life, Patrick O’Sullivan. After raising her two beautiful children, Eileen resumed her nursing career at Laguna Honda Hospital which she retired from. After her retirement from nursing, she became very active in the campaign to rebuild the hospital. She received multiple awards for her civic involvement and for her efforts in the various political campaigns she zestfully participated in. She was deeply involved in the Irish community, including all the festivities held in the city and at the United Irish Cultural Center. Her favorite holiday was St. Patrick’s Day. Her passion for the Irish community was well regarded as she was a past President of the Rebel Cork Ladies Association. This love of Ireland was rekindled with all the family vacations taken to visit County Cork.
She will forever be remembered for her love for her family and friends, her charismatic loving smile, and mostly how she made everyone feel special with her warm fun personality.
A visitation for friends and family will be held on Friday, May 25th starting at 10:00 am at St. Cecilia’s Church with the rosary recital at 10:30 am followed by the Funeral Mass at 11:00 am. The interment will be at Holy Cross Cemetery, Colma.
In lieu of flowers, donations in remembrance of Eileen, may go to the Irish Immigration Pastoral Center 5340 Geary Blvd # 206, San Francisco, CA 94121 or to the United Irish Cultural Center 2700 45th Ave, San Francisco, CA 94116 [legacy.com]