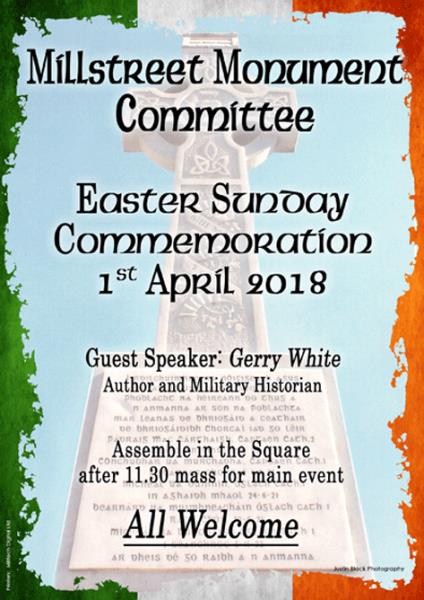 The guest speaker is Gerry White, who is a well known military historian and an author of several books on WWI and local history, including ‘A Great Sacrifice – Cork Servicemen who died in the Great War’, and ‘The Burning of Cork’ with Brendan O’Shea, he also wrote ‘Baptised in Blood’ the Cork story of 1916. Recently Gerry contributed two articles to the Bord Gáis Energy Book of the Year relating to the full story of Ireland’s revolutionary history from 1913 to 1923 ‘Atlas of the Irish Revolution’

Gerry White to Return to Millstreet as Guest Speaker (the Corkman)

At ease Gerry: Cork historian hangs up his uniform after 43 years (Evening Echo)