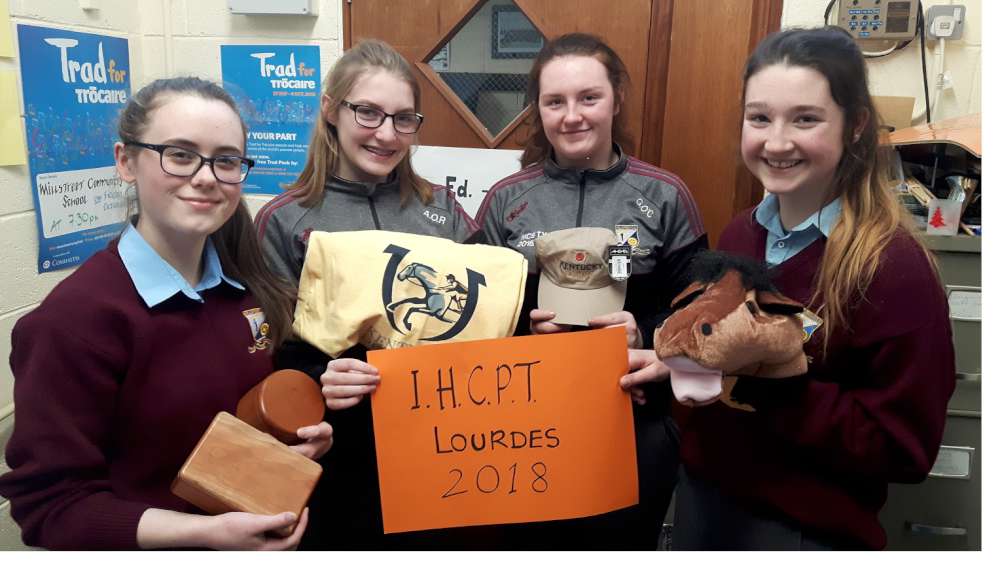 Thanks to everyone who supported the bake sale that took place in Millstreet Parish Centre on 10th/11th February.  It is much appreciated.

Denise Healy, Aoife O’Riordan, Grace O’Connor and Ciara Manning will be travelling with the Irish Pilgrimage Trust to Lourdes at Easter.  The cost of their travel and accommodation is €670/person and the hope is that they’ll be able to cover these costs through fundraising efforts.

The next fundraising event will be: