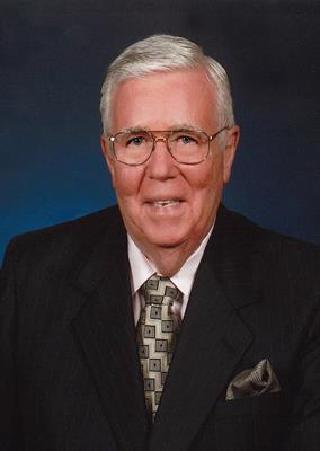 SOUTH BEND – William Francis Burke, 84 years old, passed away at 7:01 p.m. on Sunday, January 28, 2018 at Memorial Hospital, South Bend. Bill was born on June 16, 1933 in Boston, MA to the late William and Hanoria (Mulcahy) Burke. His parents were born in Ireland and immigrated from County Cork, Ireland to the United States in the 1920’s. On July 11, 1970 in South Bend, at St. Anthony de Padua Catholic Church, William and Sherry Lynn Dale were united in marriage.

Bill was educated in Boston’s Catholic schools. He went on to higher education at Worcester College, Worcester, MA, but before he could graduate, he was drafted into the United States Army, where he proudly served during the last months of the Korean Conflict. Upon his honorable discharge from the Army, Bill went to work for Household Finance Company and in 1968 joined Associates Corporation of North America in their College Aid division. After many promotions within Associates, he became Sr. Vice President of their APEX division. He left Associates in 1989 and formed his own consulting company, Millstreet Associates, which he ran for nearly ten years before retiring in 1998. Interesting to note that the name selection for his company came from Millstreet, County Cork, Ireland where his mother was born and raised. He spoke many times of his trip to Ireland on a “huge ship” with his mother in 1939, when he was only six years old, meeting new family members and enjoying a different lifestyle from his life in Boston. He adored his sister, Clare, who came into his life when he was eleven years old, and their close bond has been a joy to his life.

Bill was a quiet, loving, and very intelligent man. He preferred watching sports rather than participating in them, and was a voracious reader, spending many hours each day of his retirement watching and investing in the Stock Market and reading the Wall Street Journal each day. He had a hobby of stamp collecting as a child which was rekindled upon retirement. Much of his employment required considerable travel weekly, but he and Sherry enjoyed pleasure travel and visited England three times, Ireland, Italy, and several provinces in Canada, where they often met up with friends. In his early years, Bill found time to buy, renovate, and resell homes and still owns a multi-family house in Canton, MA. Even with chronic medical problems in his later years, Bill always found reasons to enjoy his life and bring smiles and happy thoughts to family and friends. He will be missed beyond measure.

Bill is survived by his wife, Sherry Lynn Burke; sister, Clare Marie Burke (spouse, Robert Hillberg, M.D.) of Dover, MA; their sons, Bowie Hillberg of Incline Village, NV and Colin Hillberg of San Francisco, CA; sister-in-law, Shirley (the late Richard) DePew of Battle Creek, MI; and her children, Eric Scott (Laurie) DePew, Jon Michael (Nan) DePew, Wendy Jo (Mark) Christoff, and Laura Kay (David) Bradford, all of Battle Creek, MI. Bill is also survived by his Godson, Michael Loney of Boston, MA, and extended family. Bill would want to acknowledge a dear and special friend of the family, Ann Hill of South Bend, who has been like a daughter to both Bill and Sherry, allowing them to live independently in their senior years.

A Mass of Christian Burial will be held at 11:00 a.m. on Thursday, February 1, 2018 at St. Jude Catholic Church, 19704 Johnson Road, South Bend. Rev. John Delaney will celebrate. Interment will be held at Southlawn Cemetery, South Bend with military honors. Friends may visit with the family from 4:00-7:00 p.m. on Wednesday, January 31, at the Palmer Funeral Home-Guisinger Chapel, 3718 S. Michigan Street, South Bend where the Rosary will be recited at 4:00 p.m. Friends may also visit with the family one hour prior to Mass on Thursday at the church.

In lieu of flowers, contributions in memory of William F. Burke may be donated to the St. Jude Catholic Church Building Fund, 19704 Johnson Road, South Bend, IN 46614. Bill loved animals and he and Sherry have shared their home with numerous dogs and cats over the years. In addition to the church building fund, contributions may also be given to the St. Joseph County Humane Society, Pet Refuge, or any local pet organization. Online condolences may be offered to the Burke family at www.palmerfuneralhomes.com.
Published in South Bend Tribune on Jan. 31, 2018 [legacy]

William’s mother was Hanoria Mulcahy from Knocknashannagh (near Cullen), born on June 6th 1904 to Daniel Mulcahy (a farmer) and  Hannah Murphy. She was the youngest of 16 children (12 alive in the 1911 census) 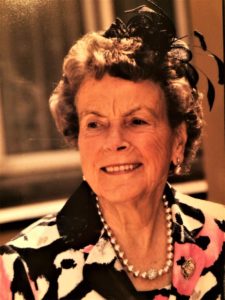 The late Nora Creedon of Laught.

On the occasion of Mam’s 1st Anniversary we, her family, would like to acknowledge the many expressions of sympathy and kindness we received from relatives, neighbours and friends.
A sincere thank you to all who attended the funeral ceremonies, sent mass cards, letters of condolence and floral tributes. A special word of thanks to all the staff of the Clara Medical Centre, Millstreet and of the Bons Secours Hospital Cork for the kind and compassionate care given to Mam.
Our sincere thanks to Fr.Tom Leane PP, Canon John Fitzgerald and the Parish staff for their support and guidance.
Thanks also to Davy, Cora and Timmy of Tarrant’s Undertakers for their professionalism, compassion and courtesy.
To the members of Millstreet Active Retirement Association we are most grateful for the guard of honour provided at Mam’s funeral.
The Holy Sacrifice of the Mass will be offered for all your intentions.