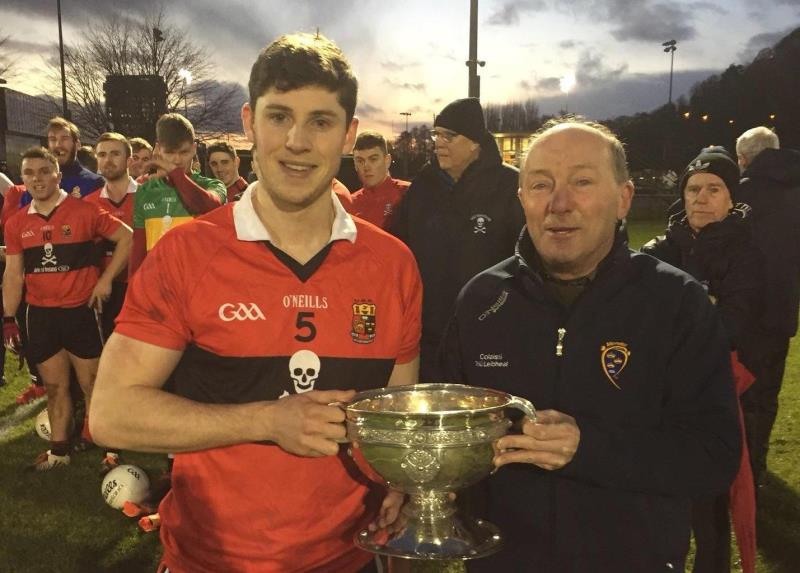 Congratulations to Kevin Crowley who yesterday captained UCC to victory in the Higher Education GAA Senior Football League Division 1 final at the Mardyke, beating UL on a scoreline of 0-12 to 0-10. [1] [match report]

Good luck to @ucc_gaa in their Football League Final v UL in The Dyke at 4pm and Fitzgibbon match v CIT in CIT tonight at 7pm. Support the teams if you can @UCCSport @UCC