Congratulations to Darragh Twomey, Aubane, and Neil O’Leary, Prohus, who were runners-up in the Group Category of the BT Young Scientist Competition at the RDS in Dublin, also getting the Agricultural Innovation prize from Teagasc, and well as the Perrigo Best Biological and Ecological Project. They discovered that the common natural bacteria found in plants, Pseudomonas Fluorescens, could be used to markedly increase the yield of certain barley crops. Both are students at Coláiste Treasa, Kanturk. 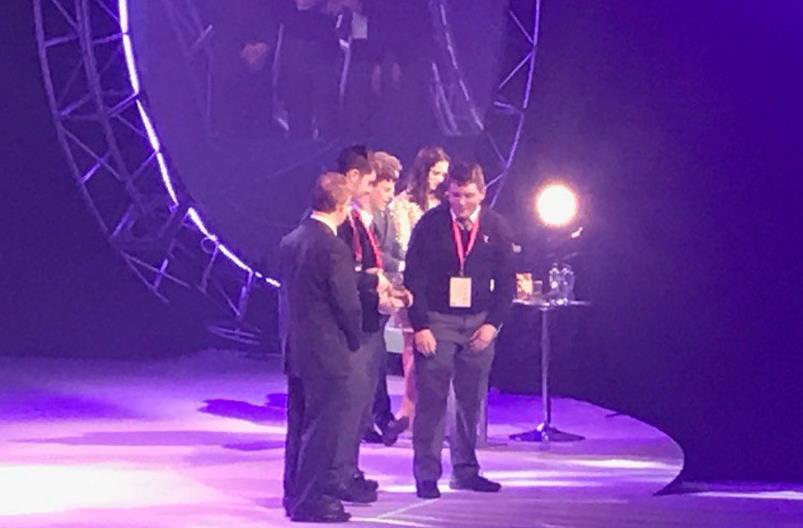 The overall runner-up group prize was collected by 16-year-olds, Darragh Twomey, Andrew Heffernan and Neil O’Leary from Coláiste Treasa in Kanturk in Cork.

This, they predict, could make it a low cost easy method of increasing food production in parts of the world where there is food poverty. [RTÉ News]

Congratulations Darragh, Andrew and Neil winners of a special from @teagasc @BTYSTE pic.twitter.com/0OhO6fXlqd

So mega proud of my son Andrew (centre) with his group Daragh & Neil as they have won 3 #BTYSTE awards this evening!!@BTYSTE @colaistetreasa pic.twitter.com/RTDw5KvVI3 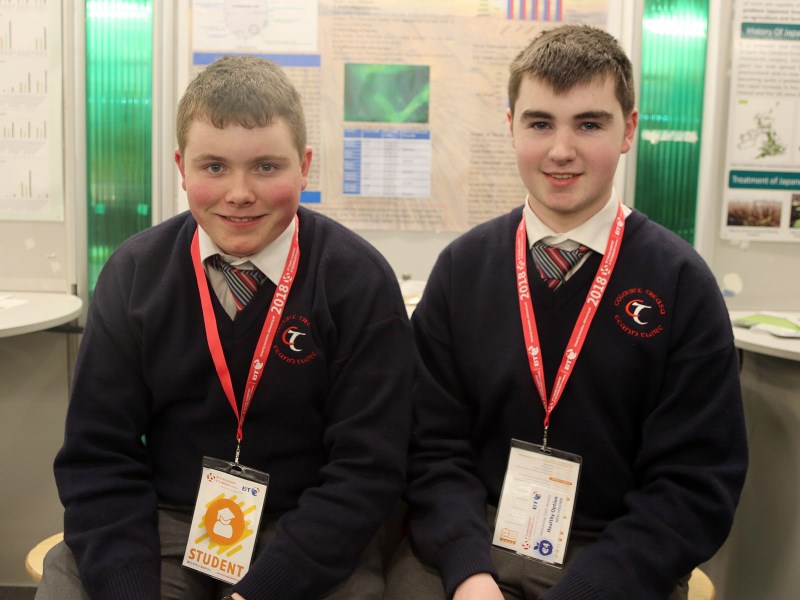