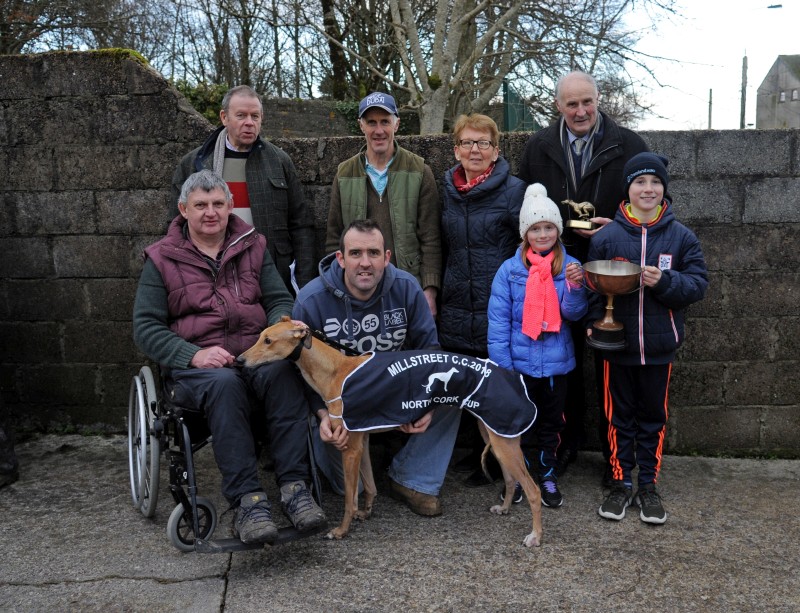 “Another greyhound which found herself at the wrong side of the handicap too at the 2017 National Meeting was Tree Top Kerry and she was visibly tired when bowing out to the eventual winner, Knockout Glory, in the third round of the Oaks. However connections can now look forward to a return visit to Powerstown Park (Clonmel for the National Coursing Championships) after her third success of the season, and second in ten days, at Millstreet yesterday .” – [ICC]

Dan is also going well in the SPORTING PRESS FANTASY COURSING LEADERBOARD, where he lies in fourth place. He has won the competition three times previously

2 thoughts on “A Win on Home Ground!”