Aubane’s John F Kelleher is set to take Bandon by storm on this coming Weekend with his particapation in a Strictly Come Dancing Competition in Bandon which is being held in aid of Bandon Community Hospital,the Event kicks off on this coming Friday Night in the GAA Pavilion in Bandon, John will take to the Floor with his Partner Margaret O`Brien who along with John is employed at the Hospital in Bandon,the Couple have been practicing intensely for the past three months sometimes up to four times a week,and with his Work in Bandon and also mixing in his Community work as being Chairman of the Social club in Aubane John has been very busy indeed,the Couple take to the stage on this coming Friday 24th November and Saturday 25 November and again on Friday 8th December in the Bandon GAA Pavilion. The Strictly Come Dancing Competition is organised by the Friends of Bandon Community Hospital to raise Funding for a new day room as part of the brand new Hospital. The first two Nights of the Competition are a sell out, John always had a keen interest in dance as he is a regular at the set Dancing in Aubane, dancing is in his blood and John said he always wanted to do Strictly Come Dancing. Michelle Barry from Devine Promotions in Six Mile Bridge who is overseeing all the Couples prepartaions has great praise for not only John and Margaret but all the other Competing Couples as they have been preparing very hard for this Competion since last August. Hopefully John will bring a Strictly Come Dancing title to Aubane and from all at Aubane Social Club and the surrounding locality the best of luck to John and Margaret in the Competition. 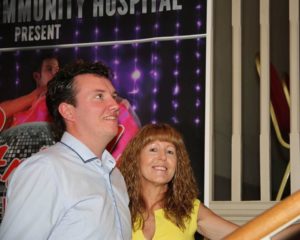 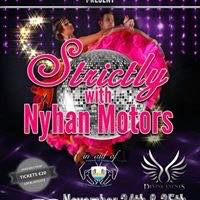