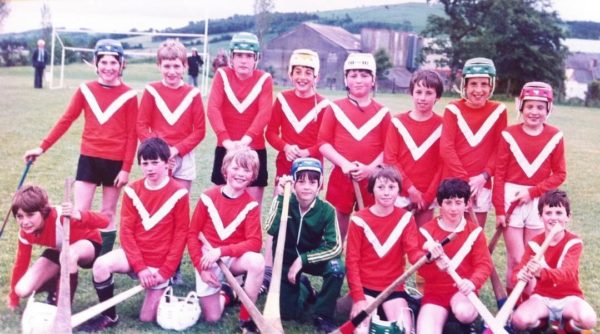 There’s a lot of familiar smiling faces in the picture above of one of the Connie Kelleher teams from about 1983. In Pictures this week has lots of variety from scenery to people, to some of the less noticed things in Millstreet. See all the photos below:

Connie showed some fabulous civic spirit with his sign

Video: last evening’s sunset behind Clara, from a car between Coole Cross and Priests Cross (“That Sunset”)

====TWITTER====
The Sun going to sleep behind Clara Mountain

The SelfBuild show was on in the Green Glens

Sunny Sunday morning in Millstreet Cork and we’re all set to welcome the crowds @selfbuildire ! pic.twitter.com/IKLcWkd9M6

Geoff O’Sullivan was MC at the Cullen GAA Race Night

Our president Geoff OSullivan doing his best for the club…!!! Great night so far. pic.twitter.com/Ey72d5SzUw

Sarah from DTMarketing was also at the Duhallow Business Awards