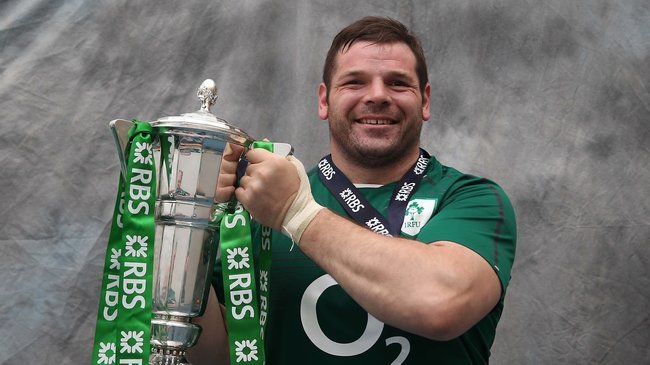 With the 35th National Dairy Show just around the corner we all eagerly await Ireland’s largest indoor agricultural show which takes place in Millstreet annually in October.

This year former Ireland rugby international Mike Ross will perform the honours when he officially opens the Show which promises something for everyone in the farming community. Mike, the son of Frank and Patti Ross, is a graduate of dairy farming having grown up on the home farm near Ballyhooly in North Cork where he still inspects the progress of the Convamore Herd when he gets a chance on his visits home. Mike’s early rugby career started with Fermoy underage, the club that his father Frank played with distinction for many years. From there he progressed through the UCC ranks before joining Cork Con and then onto a professional contract in England with Harlequins until 2009 when he returned to Leinster where he played for 7 very successful seasons. After 61 Irish caps and two Six Nation Championships Mike retried from professional rugby in 2017, where he has certainly earned the title as one of the greatest scrummagers that Ireland has ever produced. Mike has also generously signed one of the new Irish jerseys, which only officially go on sale at the end of this year and together with a signed ruby ball and a hamper of goods, all will be up for grabs as door prizes on the day of the Show.

Along with 200 of the top Holstein and Jersey cattle competing for national honours there will be many features at the Show this year including over 150 Trade Stands with a wide range of products from the latest in milking technology to animal nutrition, veterinary products, AI companies and much, much more. Also returning to the Show is the artisan Food Village which will showcase local producers with a chef demonstrating how best to use their produce in exciting recipes on the day.

There will be many new features also debuting at this year’s Show including a small animal farm, first- hand information and advice on Farm Safety and Rural Crime Prevention and with lameness in cattle a constant headache for farmers, you will be also be able to find out more about the latest equipment and treatment techniques that will be demonstrated live at the Show.

The live demos continue on the day as for the first time ever at the Show, 6 of the leading tractor manufacturers will be participating in a live tractor and loader bale handling demonstrations where the latest spec and technology in equipment will be displayed and you will have an opportunity to discuss any specific needs you may have with experienced and knowledgeable personnel on the day too.

Please find out more about the Show and its sponsors at www.nationaldairyshow.com where tickets can also be pre-purchased at a discounted price and don’t forget you can get all the up to date news by following the Show on Facebook, Instagram and Twitter.