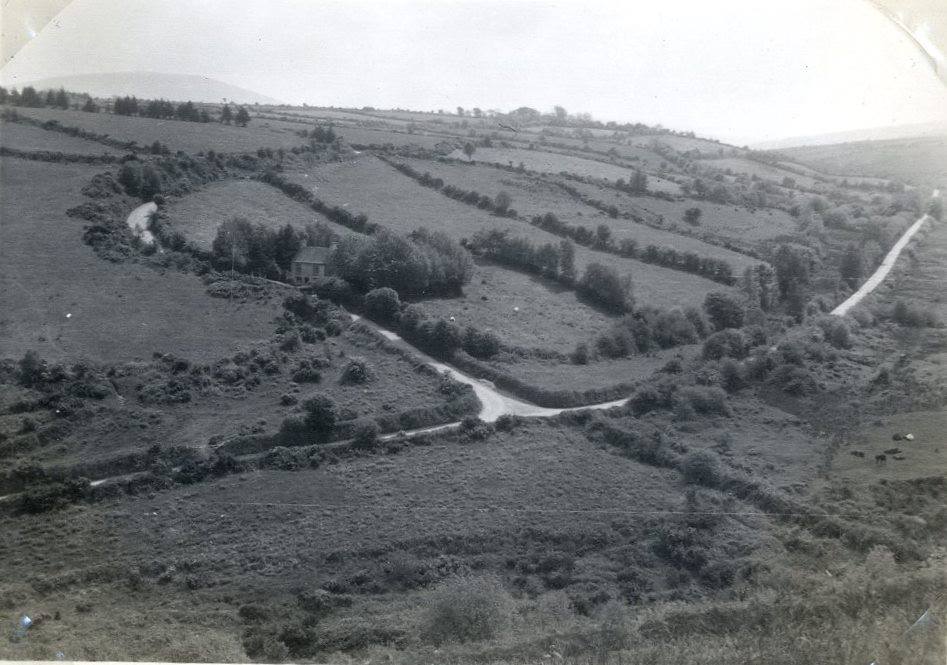 Apparently Timothy Herlihy was a bit of a local character in the Aubane area. His home was very near Clashatrake Bridge (between Aubane and Kilcorney Creamery), set on the lower slope of Glenleigh, and is clearly seen in the above photo which was taken from across the valley in Lacht in 1953, showing it and the surrounding valley, including a distant Mushera Mountain at the top left.

The photo was taken by William Ryder and appeared recently on facebook. The view in the photo isn’t available any more as trees and shrubs have grown  up in front of where the photo was taken. Below is the view from around the same position recently

Timothy Herlihy was better known locally as ‘Long’ Herlihy, because he was a tall thin man. He was the father of Mairead (?+) who married Seán Rahily, and they lived just up the road from this house. Timothy died on 17th February 1965 in Millstreet Hospital [ref].

Herlihy’s house hasn’t been lived in in over 50 years, and has now mostly fallen down. Below is a recent view from the front gate, showing the front windows, but all around it after crumbling: