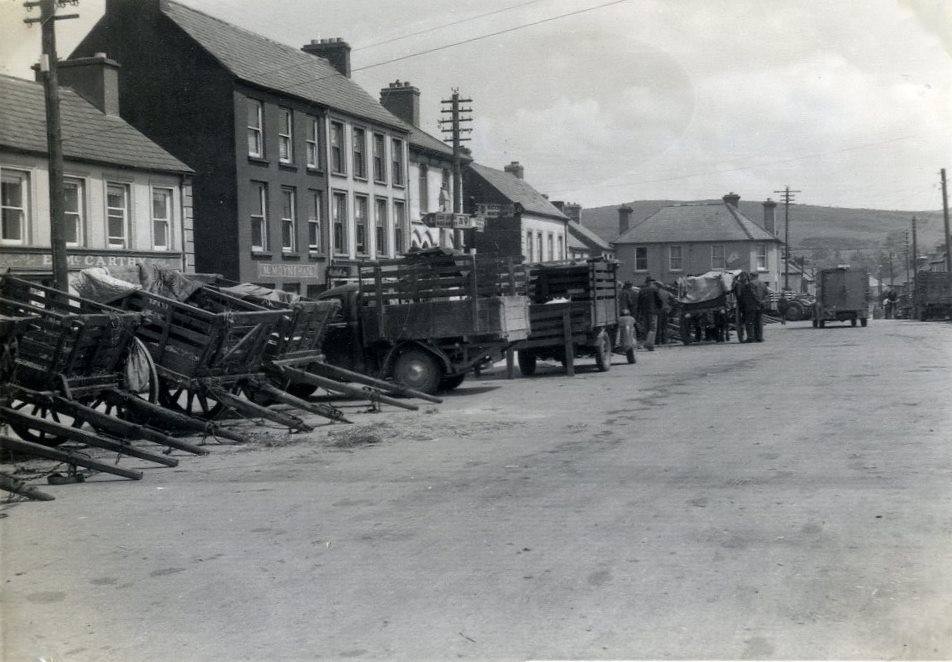 Market Day in The Square, Millstreet in 1953. There’s an interesting mix between the horse-drawn carts and the small lorries.  The photo was taken by William Ryder and appeared recently on Ireland in Old Photographs

The streetscape is very similar:

A similar view of the square in 2012 (Google street view), and not a horse drawn vehicle to be seen! Even since this photo the square received a major face-lift, with the reorganisation of the parking, the planting of many trees, new lighting, updated shopfronts … etc 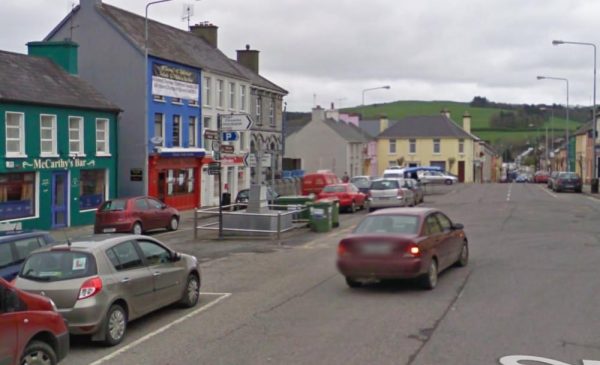 The horse drawn carts are much more romantic sight, and a sign of the slower pace to life, but given the choice between a car and a cart it’s hard to find anyone who would have a cart 🙁

A few questions from the uninformed: