There was success for 2 local Crews last weekend at the Killarney International Rally of the Lakes which was the 3rd Round of the Irish Tarmac Championship, Sean Moynihan driving his Ford Escort Mk2 co-driven by Liam Brennan came out on top of Class 12 after a dominant performance, this was a repeat of the performance that Sean had when he also won his Class on Round 2 of The Championship The West Cork Rally back in March,Sean also finished 9th overall in the National Rally and is now sitting in 3rd Place in the Overall Rankings of the Modified Class in the Tarmac Championship, there was also success for Denis and Ryan O`Brien in there Opel Corsa who had a great Rally and at the end of the 2 day Event they had a convincing win in Class 10, Pat Sheehan in his Renault Clio had a good Run and finished 4th in Class,while Mike Dineen/Declan Casey in there Corrolla Twin Cam had a good Rally and went on to finish 5th in Class but there was no such luck for Local Man James O`Brien who was calling the Notes for Roy White in his Fiesta WRC who retired while Leading the Rally towards the end after hitting a Chicane,this left the door open for Sam Moffett in his fiesta R5 to take the Victory with Robert Barrable finishing behind in his Hyundai I20 R5 with Stephen Wright finishing 3rd in another Fiesta,the Rally was held in sometimes very challenging Conditions over the 2 days and used some famous Stages like Molls Gap,Healy Pass and Caragh Lake. We thank Matthew Twomey for the use of his Photos and you can see more of his work at https://www.facebook.com/M2merallyphotos/# 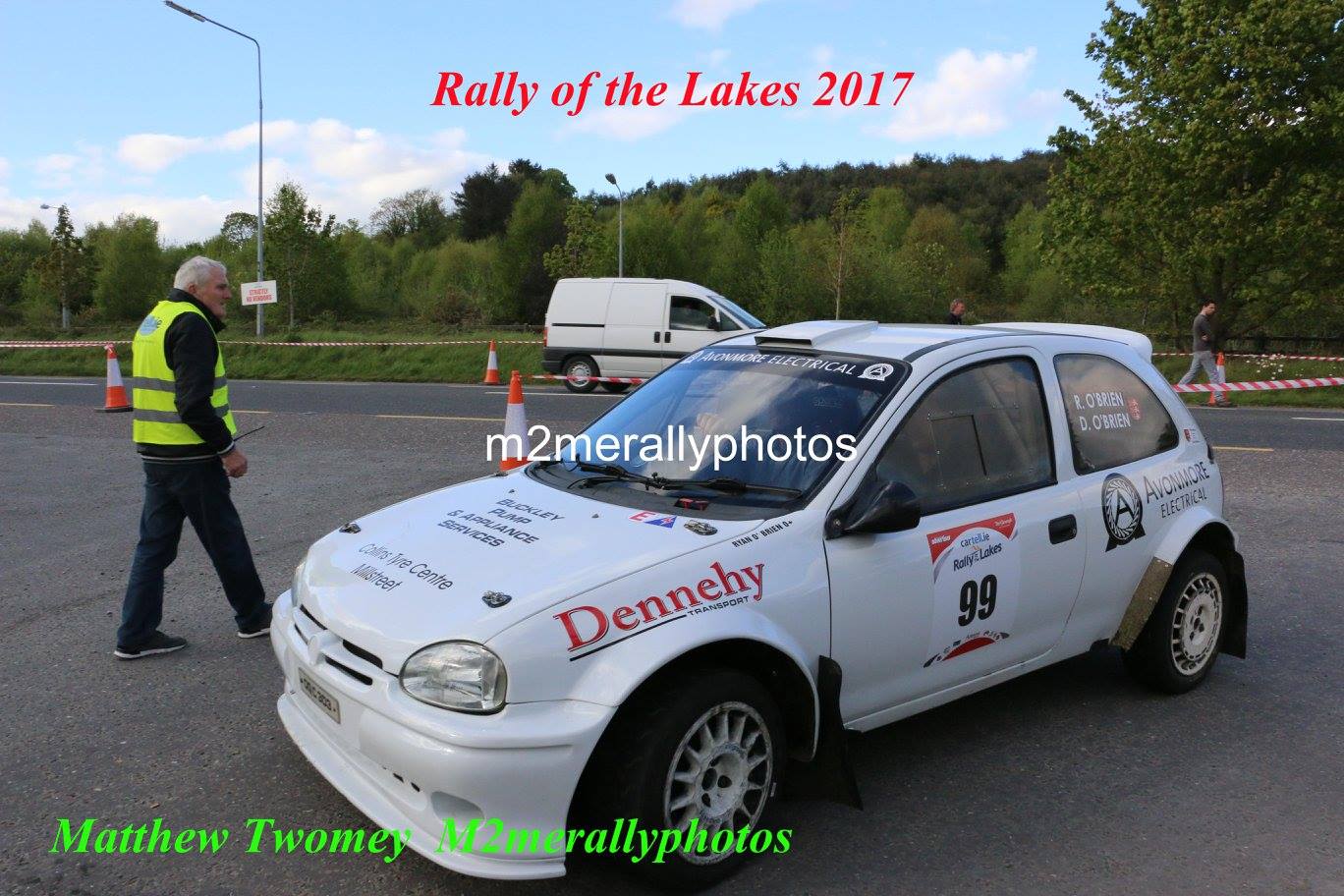