On Saturday, 19th Nov. 2016 Noel C. Duggan will officially launch Angela Collins O’Mahony’s superb Book “Steeplejill” at the Coach Restaurant in Green Glens, Millstreet at 7:30 pm.  Everyone is welcome to attend this special occasion where one will get an opportunity to purchase a signed copy of the fascinating publication.   Angela is of course married to John O’Mahony of Cloghoulabeg, Millstreet and recently visited Millstreet where she received a wonderful tour of Green Glens and Drishane from Noel C..  She also met many other people during her October visit.  A contribution based on book sales on the occasion will later be presented to the Millstreet Church Fund.  The programme for the upcoming special Millstreet Book Launch is as follows:

7:30pm:   Piper from Millstreet Pipe Band will welcome All on arrival.

8:30pm:   Continuation of Musical Presentation by members of Millstreet CCÉ during which Light Refreshments will be served. 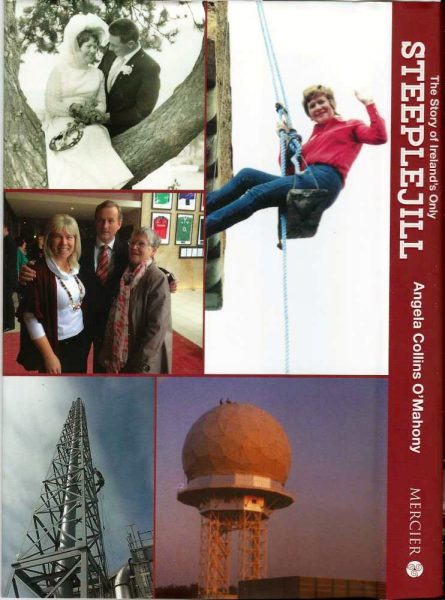 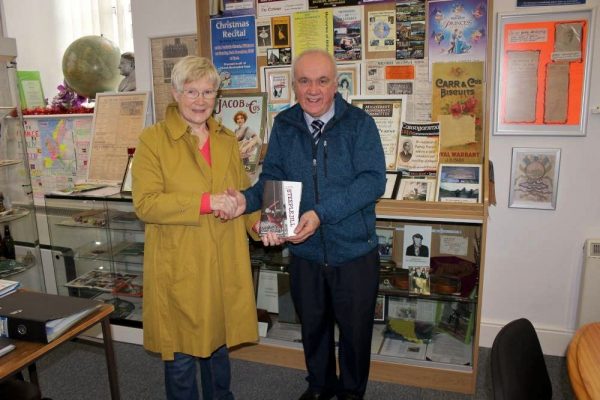 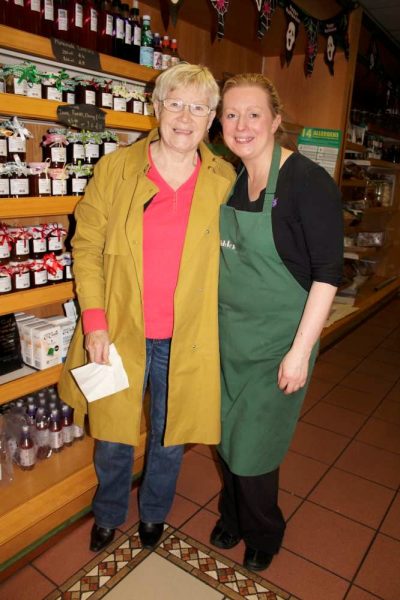 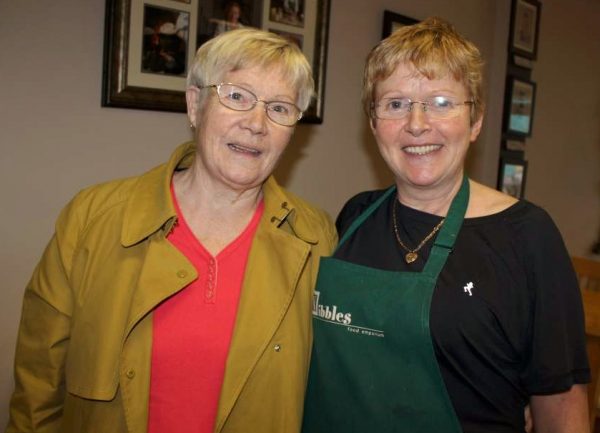 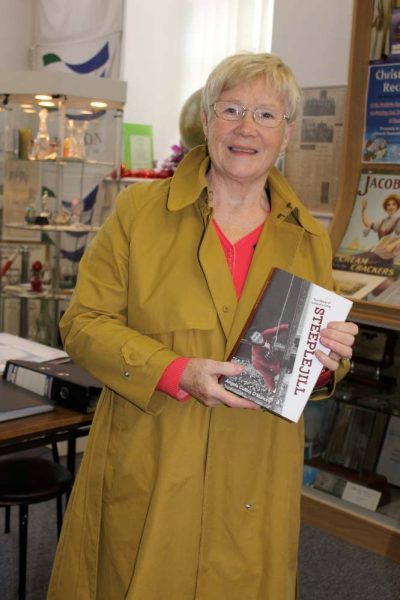 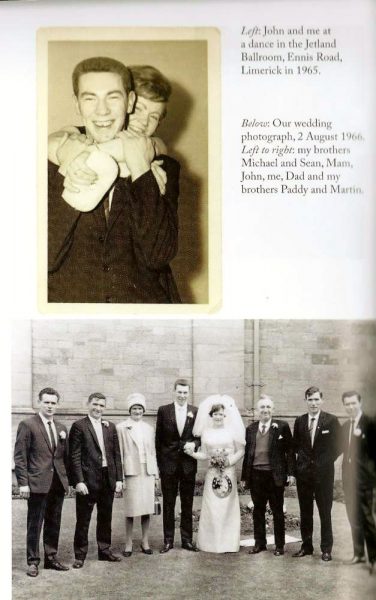 On “Radio Treasures” on Tues. 15th Nov. 2016 at 10pm we featured an interview with Angela.  The online radio programme may be accessed on www.corkmusicstation.com We now share some further images and look forward to meeting with all on Sat. 19th Nov. at 7:30pm.  Click on the images above and below to enlarge.  (S.R.) END_OF_DOCUMENT_TOKEN_TO_BE_REPLACED 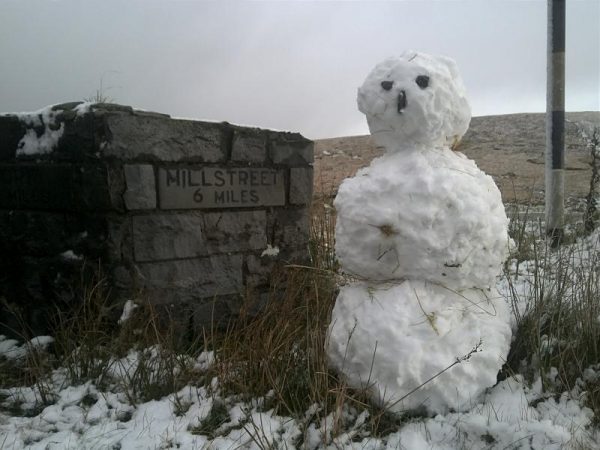 The Sun is shining bright,
there’s a chillness to the air,
I feel it everywhere,
All through the day and night;
Winter is coming!

After a lovely autumn, the temperatures dropped last night to give us the first real sign of winter with snows on the hills.

Donal stopped at Togher on the road over Mushera this morning to make this snowman.

END_OF_DOCUMENT_TOKEN_TO_BE_REPLACED

Millstreet Vintage Club held a very successful AGM on last Tuesday Evening Nov 15 at The Parish Centre. There were over 30 people in Attendance comprising of both current Club Members and also a significant number of New People who joined the Club on the Night as well.

Dan O`Riordan Club Secretary outlined and recapped on a very Successful and Busy year so far for the Club in 2016 with many great Events being held including Car Runs, Tractor Runs, Barbeque, Cars/Chat and Coffee Morning, Show and Shine, Model Show etc taking place, Ryan Tarrant Club Treasurer gave his Financial Report for The Year,and Club Chairman Donie Lucey in his Address thanked all Club Members and Fellow Committee Members and anyone else who may have helped the Club for all there hard work during the Course of the Year gone by.
Following this a New Committe was Elected as Follows
Geoff O`Sullivan- President
John Barry-Vice President
Donie Lucey- Chairman
Mike P Kelleher-Vice Chairman
Dan O`Riordan-Secretary
Tim Lucey-Assistant Secretary
Ryan Tarrant-Treasurer
Myra Sheehan-Assistant Treasurer
Bernard Crowley-PRO
Dan Barry-Assistant PRO
Luke Hurley-Safety Officer.
Finbar Hurley-Equipment Officer
Millstreet Vintage Club are planning on having a Busy 2017 with many of the Events held during 2016 being planned again for Next Year with more details to follow in due course.
The Club will be making a Presentation of the Proceeds collected from there very successful Tractor Run held back in September which was in aid of the CART Bus Service based in Carriganima, this Presentation will take place on Sunday Morning Dec 4th at a Coffee Morning in The Pub Carriganima.
The Clubs Final Event for 2016 is a Social Night which is to be held at McCarthys Bar in Millstreet on Saturday December 10 with Finger Food, Refreshments and Music on the Night and Everyone is welcome to attend.
The Club is always open to New Members and if you want to find out more about how to join the Club give Donie Lucey a Call on 086 8545873 or Dan O`Riordan on 087 2452569 or
you can contact any Club Member, do check out our new Twitter Page https://twitter.com/MillstreetV for updates, and you will also find us on Facebook too at https://www.facebook.com/millstreetvintage.club or you can contact by Email at <email>
Bernard Crowley
Club PRO.