Millstreet, quaint and quiet village
Nestling mid your emerald hills
Though I see you but in memory
How my heart with rapture thrills.

Friends the nearest, friends the dearest
I can see them now at will
And the sunshine of their kindness
So abiding with me still

In the “Chapel Yard” are lying
many kin now gone for aye,
And new faith came stealing o’er me
As I knelt beside their clay.

Something in the air of Ireland
Something in her churchyard green,
Some strange beauty fills the vision
In no other land is seen.

It may be the faith of ages
Sweeping downward through the years,
It may  be that pearl so priceless
Shining through a nation’s tears

For where’er I went in Ireland
Whereso’er my footsteps trod
Fair and fairer seemed her beauty
Like the very smile of God.

And the quiet little village
Where my dear ones went to mass
There’s a glory shining o’er it
That no other scenes surpass.

Of these places oft they told me
Hallowed ground, my parents trod
Oh, how sacred seemed the pathways
Of those loved ones, gone to God.

All their comrades too have vanished;
Only children take their place,
Children and their children’s children
Race succeeding fast on race

Oh the likeness in these faces
And the old names trie and clean,
Might we ask a long past roll-call
They could answer, “We are here”.

Brief the journey, quick the ending
Strayed my feet to other ways,
But the memories fond of Millstreet
Will stay with me all my days.

This poem entitled “Millstreet” was composed by an American lady named Julia A. Sullivan. Her parents lived in Coolinarney which is a townland about 4 miles NW of Millstreet. They emigrated to America some years after the famine. Julia became an American School Teacher in I believe, New York. She visited the “Old Land” in 1910 and visited all the numerous friends of her parents. After returning to America she published several pretty poems among which is “Millstreet”. She sent a few copies of her book to her friends in Millstreet Parish and one of them kindly lent Mrs Riordan the book so that the poem may be included in this selection
– Tadhg O Corcoráin, P.Orde, Scoil Abha bán, Sráid a Muilinn, Co.Corcaigh (Samhain 1937)

The above text is from the National Folklore Library [Ref]

====
CATHOLIC WRITERS’ GUILD MEETS.  Mrs. Julia Sullivan Brennan was elected president of the Western Catholic Writer guild at the annual meeting in the Great Northern Hotel last night.[ref: Chicago Daily Tribune – Dec 14th 1910]
“CLOSES BRILLIANT YEAR – The Catholic Writers Guild, which will Install new offlcers at its next meeting, has just closed one of the most brilliant years in its hirtory under the supervision of Mrs. Julia Sullivan Brennan. The well-known author, who with the assistance of Miss Lata Halt, the secretary of the organisation, Miss Sallie Crleves Gaynor and Mrs. Arthur llaaihurat have secured some of the most noted literary men and publicists in the West to present the monthly programs. The new officers, who will be installed by the outgoing officers at a New Year’s reception In the guild’s quarters in the Great Northern Hotel, are…” [ref: The Inter Ocean – 24th Dec 1911]

Tim Corcoran (Tadgh Ó’Corcoráin) was the principal at Aubane School at the time. He lived at Minor Row (The Laurels) and was related to many of the Corcorans still in Millstreet today.

It appears that she married Thomas B. Brennan on January 26th 1905 in Wayne County, Michigan, and that she was teacher and also a widow, previously married to a McCarthy: 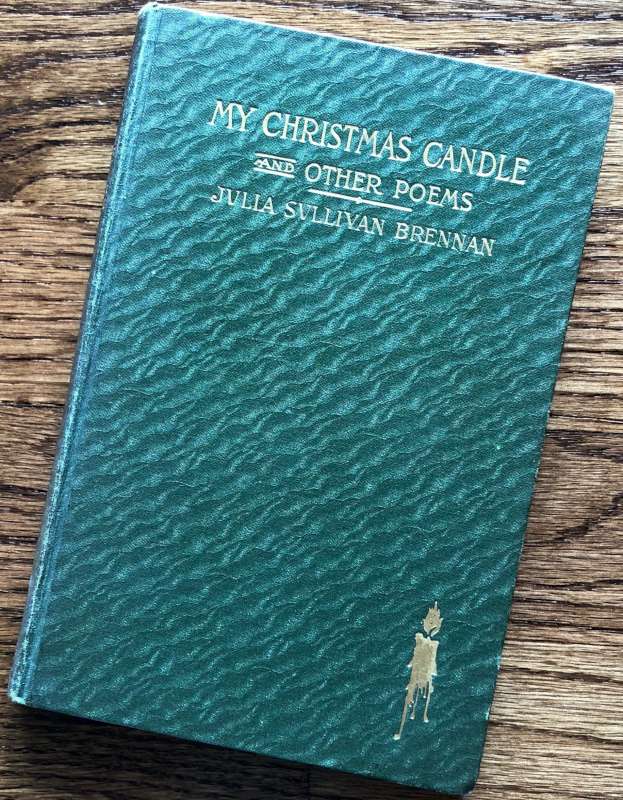 My Christmas Candle and Other Poems – original 1st edition cover

My Christmas Candle and Other Poems
by Julia Sullivan Brennan

Regarding the author she was an American lady named Julia A. Sullivan. Her parents lived in Coolinarney which is a townland about 4 miles NW of Millstreet. They emigrated to America some years after the famine. Julia became an American School Teacher in I believe, New York. She visited the “Old Land” in 1910 and visited all the numerous friends of her parents. After returning to America she published several pretty poems. Married. Thomas B. Brennan. Instructor in public schools of Detroit, 1895-1905.
Author of “My Christmas Candle and Other Poems” (R. R. Donnelly, 1910) ; contributor to New World; The Catholic Sun; Donahoe’s; and Michigan Catholic. [etsy] 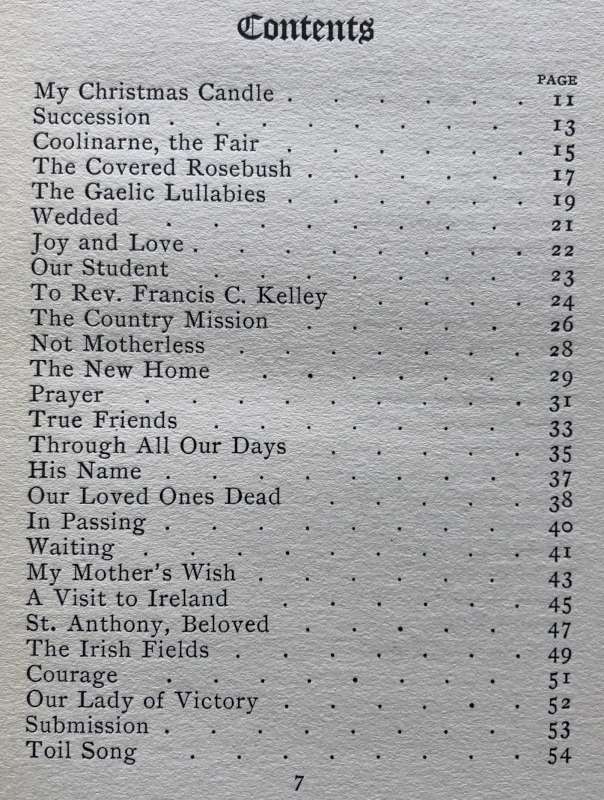 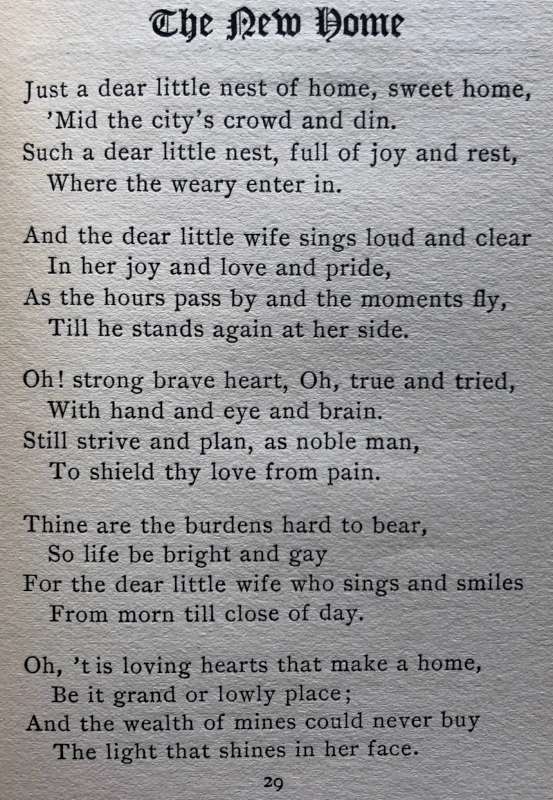 I wonder if this is her death:

3 thoughts on ““Millstreet” by Julia A.Sullivan”