Local band, Tanjier have recently released their first single, ‘Sunrise’. It has been shortlisted by RTÉ 2FM and Oxfam for their ‘Play the Picnic’ competition. Out of the hundreds of acts that entered, they have been chosen as one of the top 30. If they get into the top 10, they will be playing at Electric Picnic in September. To get into the top 10, they are asking people to vote for them and raise money for Oxfam via text.

“Oxfam fights against worldwide poverty. To play on the Oxjam stage at Electric Picnic this summer, would be an amazing experience. If we go on to play the Cosby Stage as the overall winner, it could open up countless possibilities for Tanjier. We’re asking people to help make this happen by sending a quick text stating ‘Picnic2’ (no spaces) to 50300 to support this fight against poverty and vote for us! Texts cost just €2 and the proceeds go towards Oxfam,” said Tommy.

Tanjier are a dynamic Band based in Dublin from Cork, Mayo and Donegal. Tommy Buckley is a native Corkman, from Millstreet. (Tommy is son of Tadhg & Joan Buckley of Drishane Road and grandson of Catherine and the late Seán Buckley of Kilcorney) They first formed in October, 2015. The Band members first met in a variety of circumstances. “I met Ronan in primary school in Castlefinn. I then met Tommy in Teacher Training College in Marino, Dublin. Finally, I met Ann when we were in Uganda on a volunteer teaching programme. The Band formed a few years later,” said Michael.

Currently, they are preparing for the release of their debut EP, ‘Sunrise’ on 31st July in the Wiley Fox, Dublin. Blending synthpop, indie rock, folk, funk as well as alternative genres, they are a four piece that infuse many different styles of music. Their influences range from Bob Dylan, Bon Iver to Coldplay and Jack Garratt. They perform with a wide range of instuments and enjoy blending 3 part harmonies.

The closing date for the competition is 29th July. You can keep up to date with Tanjier and find out more on Facebook, Instagram and Soundcloud.

We wish Tommy and his Friends in this new and exciting Band “Tanjier” enormous  success and very much encourage everyone to vote in support not only of the superb Band but for the highly praiseworthy Oxfam Charity which does such important work on a global basis.  (S.R.)

END_OF_DOCUMENT_TOKEN_TO_BE_REPLACED 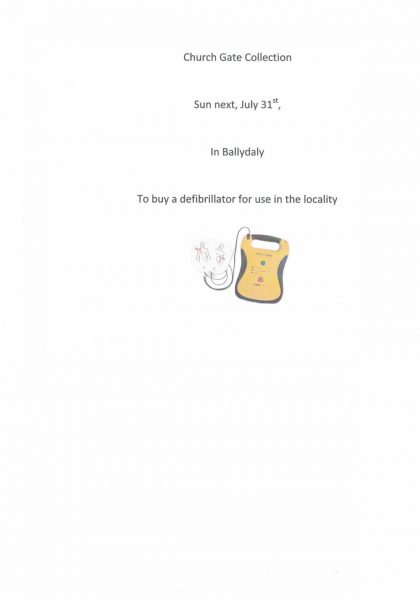 CHURCH GATE COLLECTION: Our annual Church Gate Collection will be held in Knocknagree and Cullen on the weekend Aug 6th/7th. We would really appreciate all support, thank you.

ROSE OF TRALEE: We would like to wish our Junior player, Denise Collins, who is the Cork Rose, the very best of luck in the upcoming Rose of Tralee.

GRAB YOUR WHISTLE: Knocknagree Ladies Football Club will host the Grab Your Whistle Referee Course on Tuesday Aug 16th at 7:30pm, probably in Cullen (will confirm the venue). The Cost is €20 per person to cover course fee and hall rental (if numbers are good then we will reduce the cost). Anyone age 15 and over can do this course and will be a great benefit to your Club for u8 and 10 games. Places are limited so please book as soon as possible. To book, please call Catherine on 083 3498778