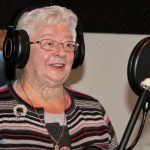 Dia is Mhuire diobh go léir a Cairde and welcome to my Report.

I hope you still have your feet on the ground following the exciting, indeed hair raising, week that we have come through.

With Iceland’s success over the British last night putting the tin hat on it. It is great to see that we came through it all without any bad accident or bad behaviour or worse .

It is mind boggling to think of all the thousands who travelled, all the extra flights that were put on at short notice to make sure that all those who wanted to go ,went and came home in safety. It’s a miracle in itself Buíochas le Dia.

The Willie Neenan 5mile Road Race was held at the weekend and it was very well supported. And to add some extra flavour to the scene, Willie’s Brother John D took part . John D who lives in America came home to take part in the annual event in honour of his beloved deceased brother Willie . At the age of 81 John D ran a wonderful race and he has a few more weeks of his holiday left to mix with his pals of old before returning to his home in the sun.

Cloghoula National School held their End of Term Mass on Monday. The twelve o’clock Mass was celebrated by Canon John FitzGerald and he gave special mention to the five children, four boys and one girl , who will be moving on to the Secondry School in September .

Following the Mass ,the tables were set outside in the warm sunshine and a wonderful barbeque was provided by Jerry Pat and his staff, plus a variety of confectionery provided by the parents. It was a wonderful occasion and as one visitor said.

“Ye have it all here in Cloghoula.”

Some big changes are afoot at our popular Credit Union  this week when two members of staff are about to retire.

Margaret Burke is retiring after 43 years of faithful service and Phil Twomey after 34 years. In the early days of the Millstreet Branch of the Credit Union, Margaret worked on a voluntary basis for the first 18 years.

On behalf of our Community I want to thank Margaret & Phil for all their years of great service and wish them many years of Happy retirement.

And the place wont be the same without them and now there are places for two new people.

Our Juvenile GAA would like to say thanks to all those who supported their recent Church Gate Collection.

Here are the results of this week’s parish lotto draw which was held at the Malpaso Bar on Sunday night .

Numbers drawn were 12, 15, 18, 27 and the Jackpot was not won. €100 went to Eileen Collins Clara Rd. The seller was Patsy Mac. And he got €50 sellers prize. €50 went to Ann Vaughan c/o Apls Electric. 20 each went to Frank Brosnan, Rathduane , Fionan Buckley, Liscahane. Norma Murhpy,c/o Michelle Whelan,

Jackpot for next week €3,000 the draw at McCarthy’s Bar on Sunday night.

The July edition of Duhallow Today is due to appear in the shops in the next few days and it can be picked up free of charge in many shops and business places in the County.

The Community Council called a special meeting during the week to further plan the arrangements for the coming World Team Mounted Games Championships which will be held at the Green Glens from July 12 to 16th. Promoter Conor O’Leary attended as did his daughter and on line they gave the meeting a sample of what to expect. By what we saw it looks like a show not to be missed. And the town and community at large are asked to play their part in the successful running of this spectacular event which will bring as many as 18 countries into our town.

The opening Parade through the town on the Eve of the event promises to be breathtaking. viewing stand will be at the Wallis Arms Hotel.

The local organisers have plans to show off our best assets such as our developed walks to the visitors , plus tours of the town and lots more. And everybody is asked to decorate their places and be ready for July 12.

The Cullen & District Special Needs Association will hold their Annual Harvest Afternoon on St. Laitiarnian Sunday July 24th and they could do with some help .

Dromtarriffe Parish Walk will be held on this Thursday June 30th starting from Clonbanin Cross at 7.30pm. All welcome.

Glenstal Abbey will host their annual Ladies retreat on July 5th and 6th. to book a place contact 061 621 005. or Email events @ glenstal.com

Kerry Samaritans are available both day and night simply call 116 123.

Conference for young Catholics 18-35 at MaynoothCollege between July 8 & 10th. To register contact evangelium.ie

Footnote on our Mass leaflet this week says

“Life is not measured by the breaths you take,
but by the moments that take your breath away.”