Three Transition Year students from Millstreet Community School attended a Climate Change Challenge Weekend organised by Trocaire in November 2015.  Kaytlin Murphy, Kate Buckley and Noelle Healy joined with 25 other students from around Ireland to explore the causes, effects and actions needed to tackle climate change.  To mark Earth Day, Ellen Donnelly (Youth Education and Outreach Officer with Trocaire) has published an article which features extensive contributions from Noelle and Kaytlin.  You can read the article by clicking on the link below:

What does signing the Paris Agreement mean to young people in Ireland?
Today is Earth Day. And today United Nations Secretary-General Ban Ki-moon is inviting leaders from all UN member states to attend the official signing ceremony of the Paris Agreement on Climate Change. This is a historic day for international action … (read the full article on DevelopmentEducation.ie) 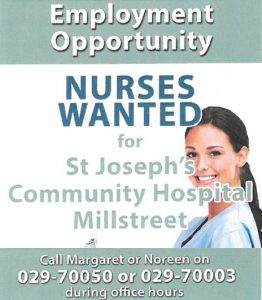 This farcical comedy is set in the 70s and the action takes place in a seaside caravan with five ladies embarking on a strictly Women Only holiday. This hilarious romp is guaranteed to have you in hysterics!

Millstreet Tidy Town Association are delighted once again this year to announce the annual Millstreet Walking Festival will be held on the weekend of the 23rd of April. As always 3 grades of walks, so there is a walk to suit all abilities. Please see attached leaflets for details. Also details can be gotten on millstreettidytown.ie, or keep an eye on the Millstreet Walking Festival page 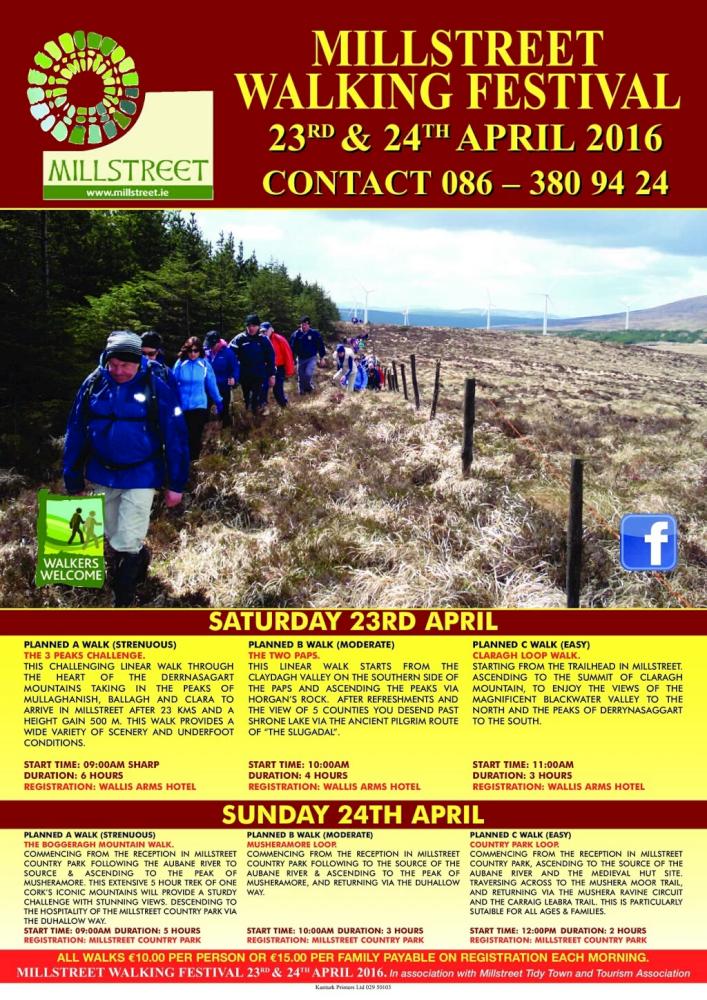 END_OF_DOCUMENT_TOKEN_TO_BE_REPLACED

In the news yesterday was the 100th anniversary of the attempted landing of German arms in Kerry by Roger Casement on the Aud-Norge.

But much or the arms were planned to be delivered by train to Millstreet and forwarded to Carriganima for distribution throughout Cork County. The visit of Padraig Pearse, and the thorough scouting of the area by Terence McSwiney were all in preperation for this distribution of arms.

“Halfway between Macroom and Millstreet, Co Cork, Carriganima was the intended rallying point for hundreds of Irish Volunteers from Cork city and county on Easter Sunday, April 23, 1916. The plan was for them move early on Monday to disrupt military attempts to stop German guns being brought by rail from Kerry on the line near Rathmore and Millstreet. Although the plan was deemed pointless when the arms landing was foiled days earlier, almost 500 Volunteers marched to Macroom and Carriganima.”

To find out more, go to the 1916 Centenary Commemoration event in Carriganima, next Sunday at 1pm (details) END_OF_DOCUMENT_TOKEN_TO_BE_REPLACED