We knew it was going to be bad yesterday, but few expected it to be that bad. Heavy snow in the morning, made things awkward, but it  turned to constant heavy rain at midday which washed away the snow, and the afternoon was just streams of water flowing in every direction. Sure, summer is coming, isn’t it … 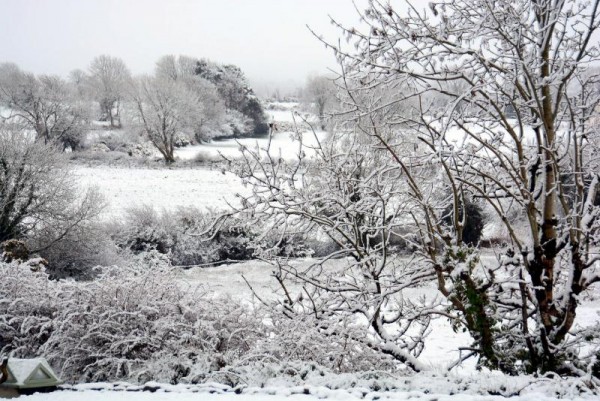 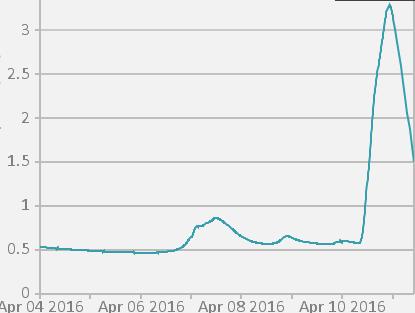 Even though it had been raining much of the week, the water height at Keale Bridge remained low enough, but it really jumped up yesterday evening, and was just below the peak for the winter at 10pm. [from the Water Gauge at Keale Bridge] … Flooding in Mallow this morning though 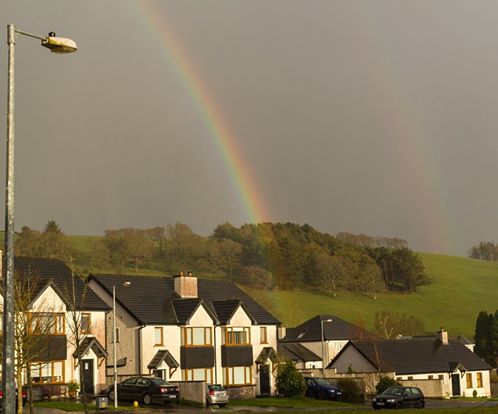 Double rainbows over Lackabane on Saturday evening – photo by Aleksandra. Little did we know what was coming.

#CorkTraffic Reports of a tree down on the Kanturk/Millstreet road about a mile from Kale Bridge.