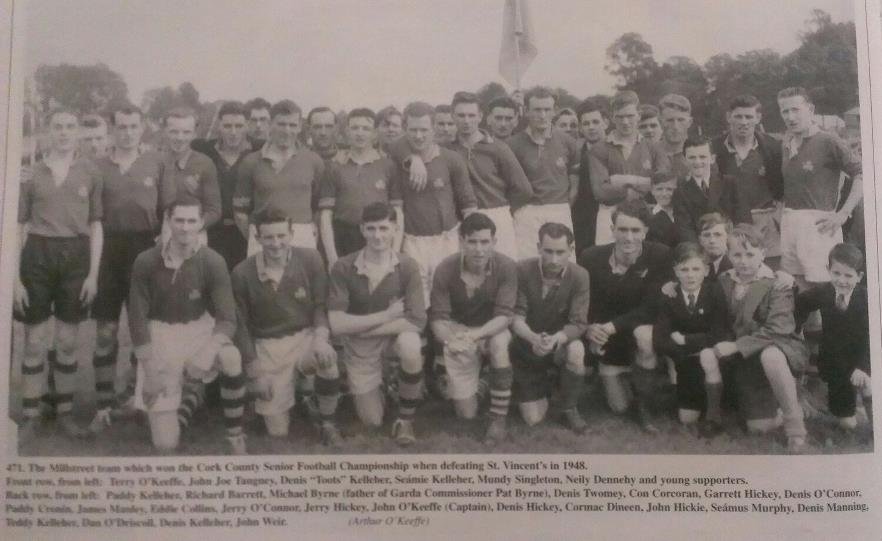 Question: D. Cummins from Millstreet was listed as a sub for the Cork Senior Football team in 1948 (v Sligo Sligo Champion – 6 June 1948). Was he not playing in the county final?

The Cup comes to Millstreet

Our team lost the wind to the toss of a coin
So St. Vincent’s they planned for to lick us in time
Then Munty tried hard for to stop the attack
But the first point they scored put our nerves on the rack
The play was resumed at the kick-out of the ball
When Kelleher Pound Hill got a very bad fall

John Joe Tangney, Dick Barrett, Byrne and Weir
Shouts ‘toughen the game while the wind is from there’
Then on to the field the sub Dennehy came
Sub or no sub he played a fine game
We went on defending till the half-whistle blew
Then of points we were nil, but St. Vincent’s had two

The restart of the play, oh what terrific speed
Jim Manley he proved a true friend indeed
Young Kelleher thought of sweet Minor Row
And he scores a fine goal with the tip of his toe
Then Cork’s ardent backers fell into despair
While Millstreet’s supporters flung their hats in the air

St. Vincent’s they rushed on their major attack
But Dineen and O’Driscoll knew how to hit back
Still they sent in the ball to the mouth of the goal
Denis Manning with honours put his name on the ball
With excitement the sidelines by now had gone mad
They were betting their shirts and what money they had 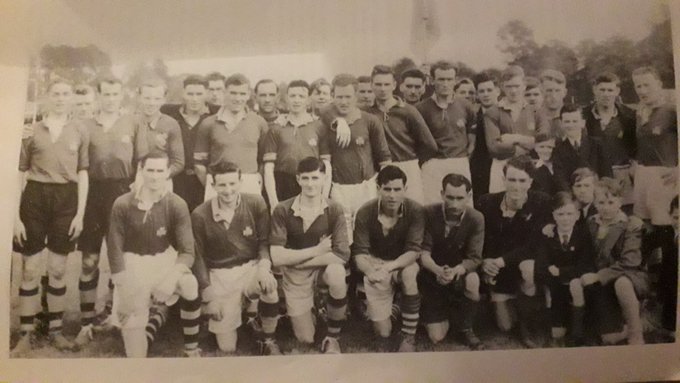 TODO: get a better quality photo of the team