Below are detailed maps and explanations and links to further detail: ==========

from CORK_GEOLOGY: Approximately 270 Ma during the Permian period a mountain-building event called the Variscan affected the rocks in Co. Cork. Two continents collided and the rocks were folded into a series of ridges (anticlines) and valleys (synclines) that have an east-west orientation. Across the ridges erosion as removed the younger rocks to expose the Old Red Sandstone while in the valleys the younger Carboniferous rocks still remain. By and large the rivers in Cork flow along the limestone synclines and in the west they have been drowned by seawater to form rias. 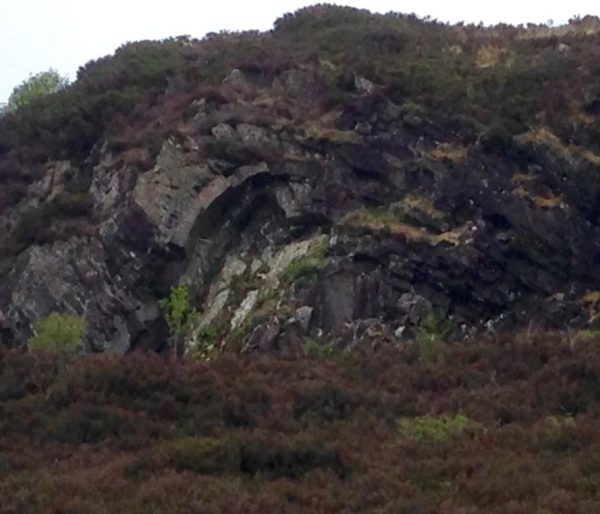 “Antiform near Millstreet in beautiful Ireland” [1]. This exposed rockface showing curved layers of rock, posted by by geologists S309 on twitter.

1 thought on “On Shaky Ground”