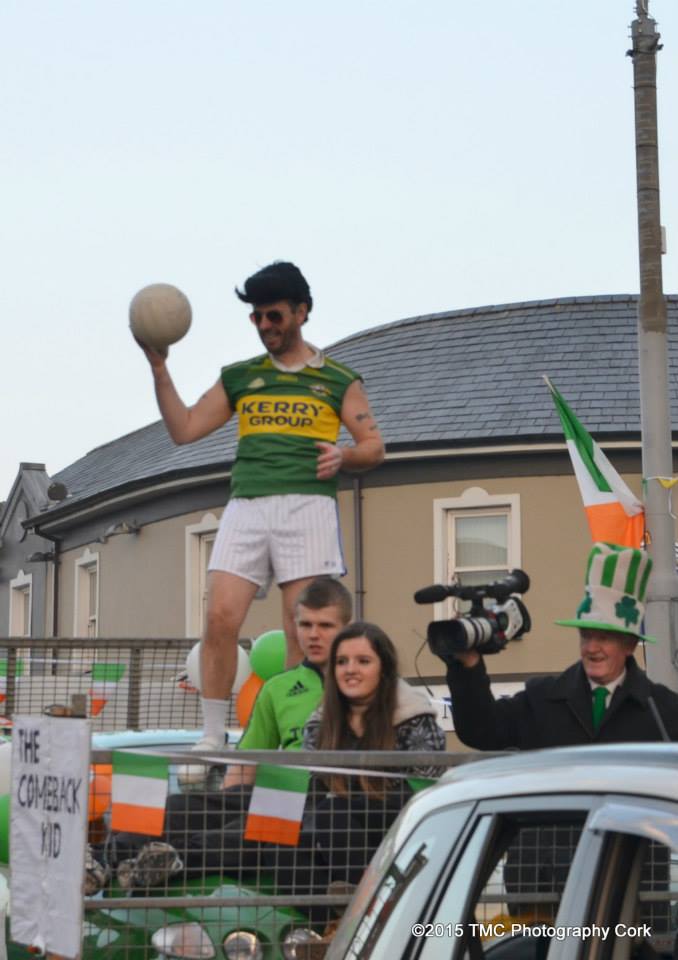 The Comeback Kid namely Kerry Football Legend Paul Galvin made a Surprise Appearance at some Local Parades for the St Patricks Day Celebrations,he started out with an appearance at The Carriganima Parade last Sunday followed by appearances at The Parades in Ballinagree and Millatreet on St Patricks Day itself, when asked why he didn`t go to Parades in Killarney, Rathmore etc in his Native Kerry Galvin replied he had been there and done that and instead he choose to come to some of our Local Parades instead to warn the Cork People that he was back big time and that he meant Buissness especially when he would be lining out against the Rebel County of Cork, for his trouble Galvin and his hardworking Backroom Team came away with second overall best Float in the Millstreet Parade and Paul said he was delighted with The Result and that the winning had started already.