In December 1974 there was an air of excitement in Millstreet as filming for part of the movie “In this House of Brede” took place at Drishane Castle. Adapted by James Costigan from the best-selling novel by Rumer Godden, In This House of Brede stars Diana Rigg (of the Avengers fame) as a widowed, fortyish business executive in search of a more meaningful life. She turns her back on the world of commerce and capitalism to enter a strict order of Benedictine nuns at Brede Abbey. Here, the peace of mind that Rigg seeks remains elusive, especially when her fidelity to her vows is questioned by the younger novices. Filmed on location at genuine convents in London and Ireland, In This House of Brede premiered February 27, 1975.

Above is a ten minute shortened version of the film, while below are some photos, and interesting extracts from newspapers.

At the time of shooting, the convent and boarding school were very much running.

… Although it was through this role (in the Avengers) that Miss Rigg became best known to American television audiences, she has also earned a reputation as a serious dramatic and classical actress, which she demonstrated in James Cosligan’s version of Rumer Codden’s best-selling novel “In This House of Brede”. One of the reasons for my choosing to do ‘Brede’ (in which she portrayed a sophisticated London businesswoman who became a cloistered Benedictine nun) was for diversify,” explained the tall auburn-haired British actress as she was driven toward her London flat from the city’s outskirt of Mill Hill. “I’ve played the part of a nun before, but a nun of a rather different sort, in Abelard And Heloise (both the London and Broadway productions of the play) and also in a picture called ‘The Assassination Bureau* where I was disguised as a nun briefly. My ‘Brede’ nun Is, of course, a very different role – serious and dramatic.” Miss Rigg spoke about her role at some length with Rumer Godden. The book’s author, who visited Ihe London set ‘during the December filming, and the actress was pleased with Miss Godden’s appraisal of her as giving the role “a cool, emotionless” lone that is necessary until emotions must be unleashed. When the production moved to Drishane Convent in County Cork, Ireland, the following week, the nuns of that community proved an inspiration to the actress. “The sisters at Drishane are really marvelous,” said Miss Rigg. “One elderly nun advised me to enjoy my part but not to take the role of a nun overly seriously because, after all, a nun is a happy woman fulfilling her vocation in life.”

======
For some, the idea of the outspoken Rigg playing a cloistered nun seems an unusual choice, perhaps because the typical perception of nuns tends to be of religious nonentities with no particular individualism. But Rigg disagreed it was a professional non sequitur. “I see nothing unusual in me playing a nun,” she said. “Nuns can be very humorous and very realistic. They don’t meld into one personality. I knew one, the head of a library, who knew all about life through books. We discussed Edwardians in Love in terms of its sensuality.” For her performance, Diana was nominated for an Outstanding Lead Actress in a Special Program Emtny, but lost out to fellow Brit Juliet Mills’ turn in QB VII. While filming the TV movie, which shot on location in real Irish and English abbeys, Rigg was also in rehearsals for reprising her role in The Misanthrope, which was opening on Broadway at the St. James in March 1975. In Moliere’s play, Alceste, the misanthrope, refuses to participate in society’s insincerities and mindless civilities. He is honest to a fault – from Diana Rigg: the Biography
======

Diana Rigg stars as a sophisticated London widow who renounces a successful business career to become a cloistered Benedictine nun in the Dramatic special -In This House of Brede. The special also includes Judy Bowker and Pamela Brown in the cast. The special was filmed on location in England at St. Mary’s Abbey in the Mill Hill area of London’s outskirts and at Drishane Convent outside the small village of Millstreet in County Cork, Ireland, both locales suited to the original story in setting and architecture. Additional scenes were shot against the authentic background of present-day London. “Jr. This House of Brede – concerns the St.Ruggle of Philippa Talbot (Miss Riggi to put aside a self she has come to dislike — even though she must also put aside a man who loves her — and her efforts to alleviate the tormenting memory of a past tragedy that retains its haunting grip on her even after she becomes a nun.
Although Diana Rigg is best known to American television audiences as the stylish ” judoesque- sleuth – heroine in the tongue-in-cheek adventure series – The Avengers,” she has also earned a reputation as a serious dramatic and classical actress, principally as a member of the Royal Shakespeare Company, with which she appeared from 1959 to 1963. She has also played such divergent roles as Heloise in British and Broadway productions of “A belard and Heloise” and Celimene in the recent London revival of Moliere’s “The Misanthrope.” which she will repeat in Washington. D.C.. and in New York this season.
In addition to her celebrated portrayal of James Bond’s girl friend in the motion picture.On Her Majesty’s Secret Service,” she has appeared in such films as “The Assassination Bureau” and
“Julius Caesar.” Judi Bowker, a young British actress, appears in “In This House of Brede” as Joanna, an angelic – looking teenage postulant who serves as the living symbol of a past that torments Philippa. Miss Bowker won praise for her role as Clare, first of the Poor Clare Order of nuns, in the film “Brother Sun, Sister Moon,” she has also appeared in the British television series “South Riding and “Black Beauty.” Veteran English actress Pamela Brown, whose career has covered myriad roles from her first stage appearance as Juliet in a 1936 Stratford -on -Avon  production of ‘Romeo and Juliet” to Mrs. Westenra in the recent television film version of Dracula,” plays imperious Dame Agnes, an elderly member of the House of Brede whose jealousy and resentment of Philippa provide the younger nun with another emotional hurdle. 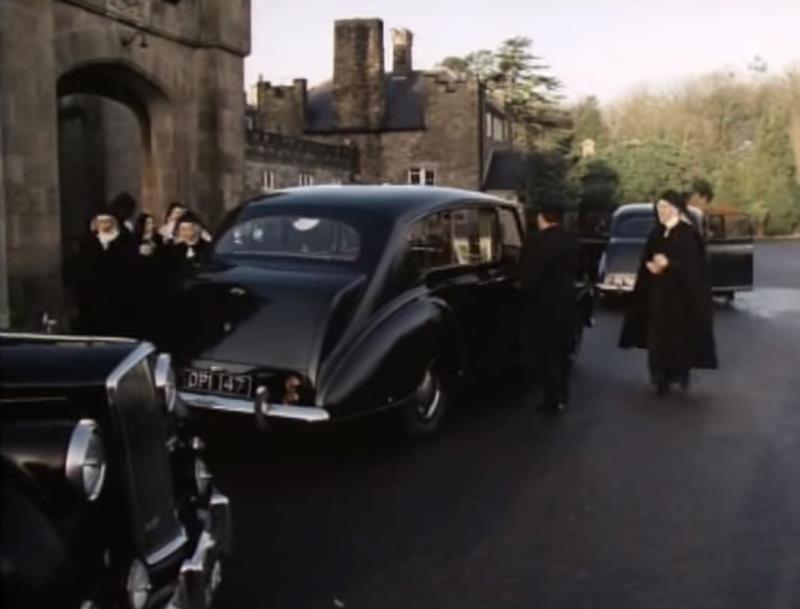 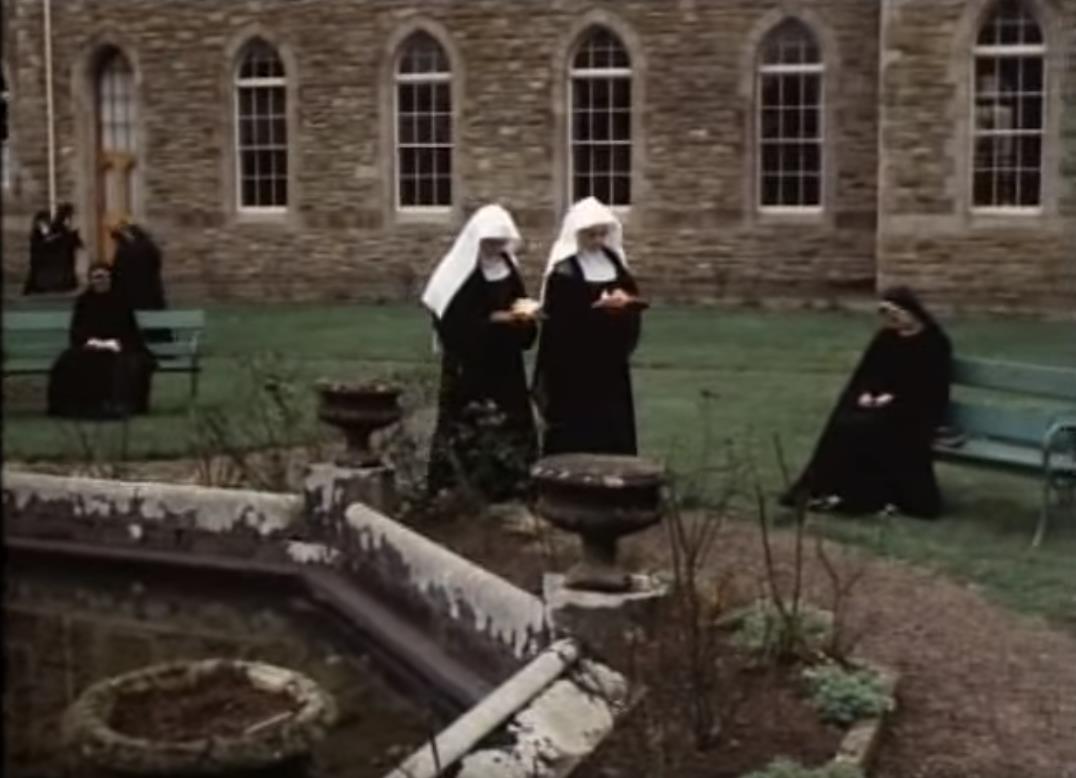 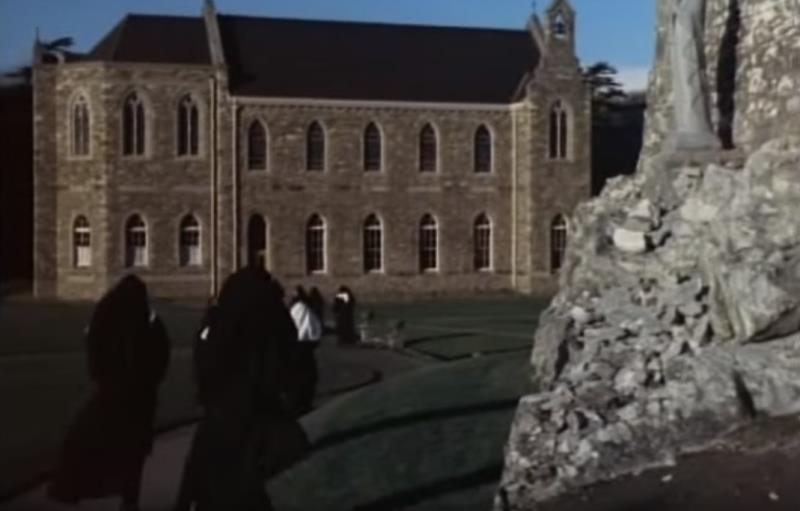 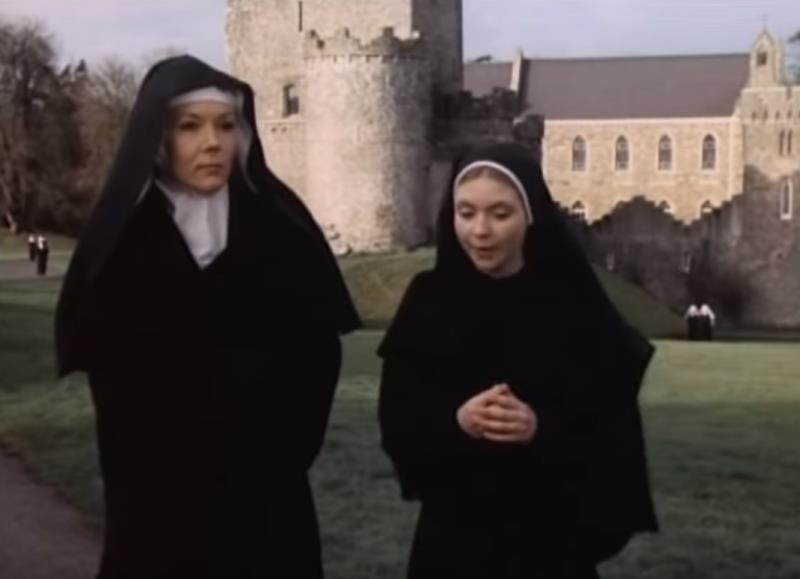 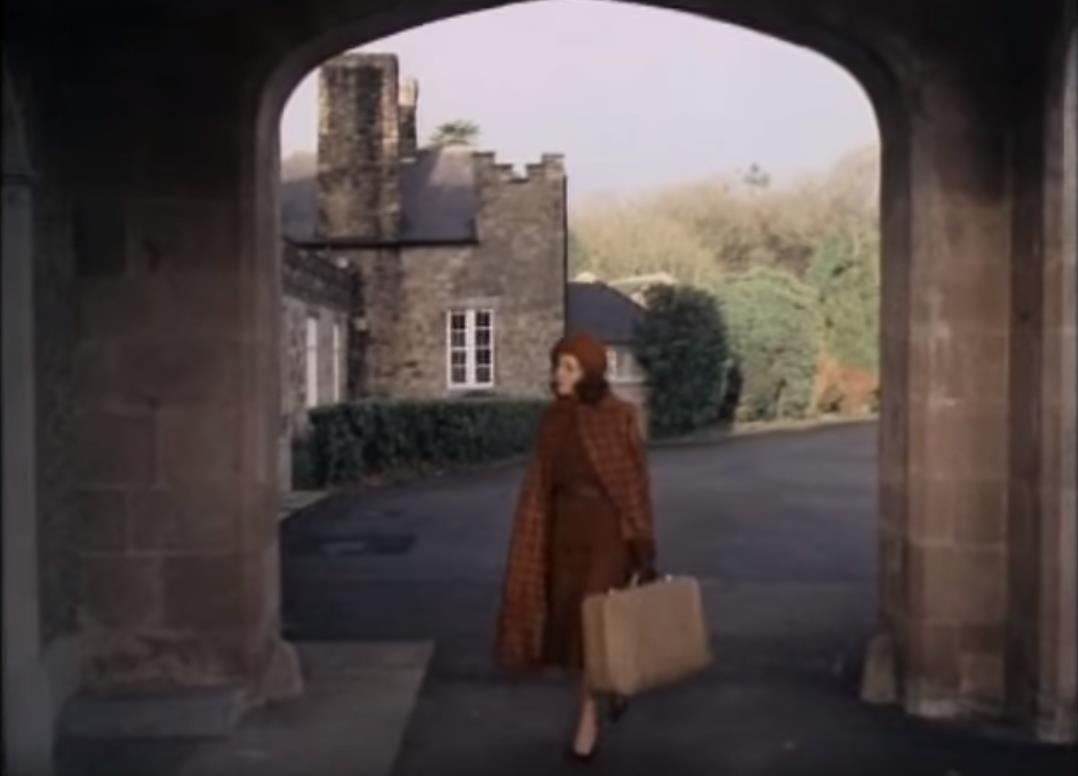 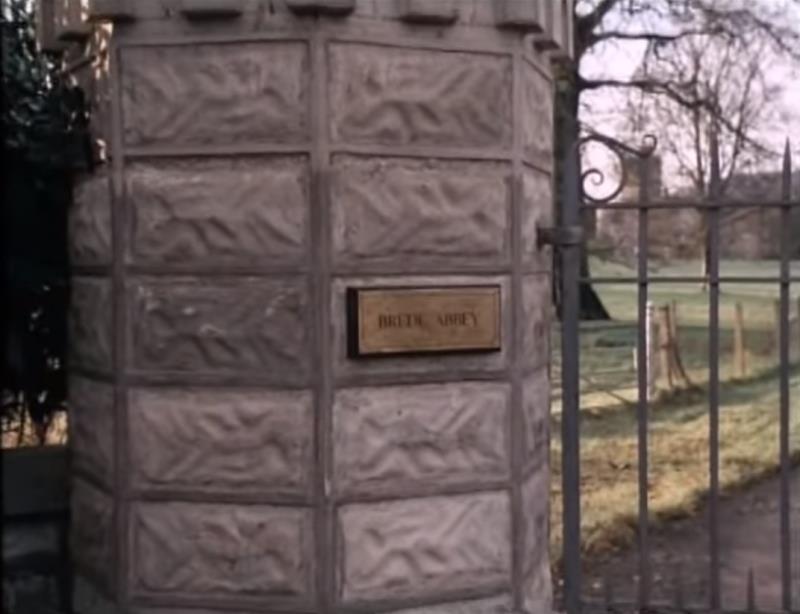 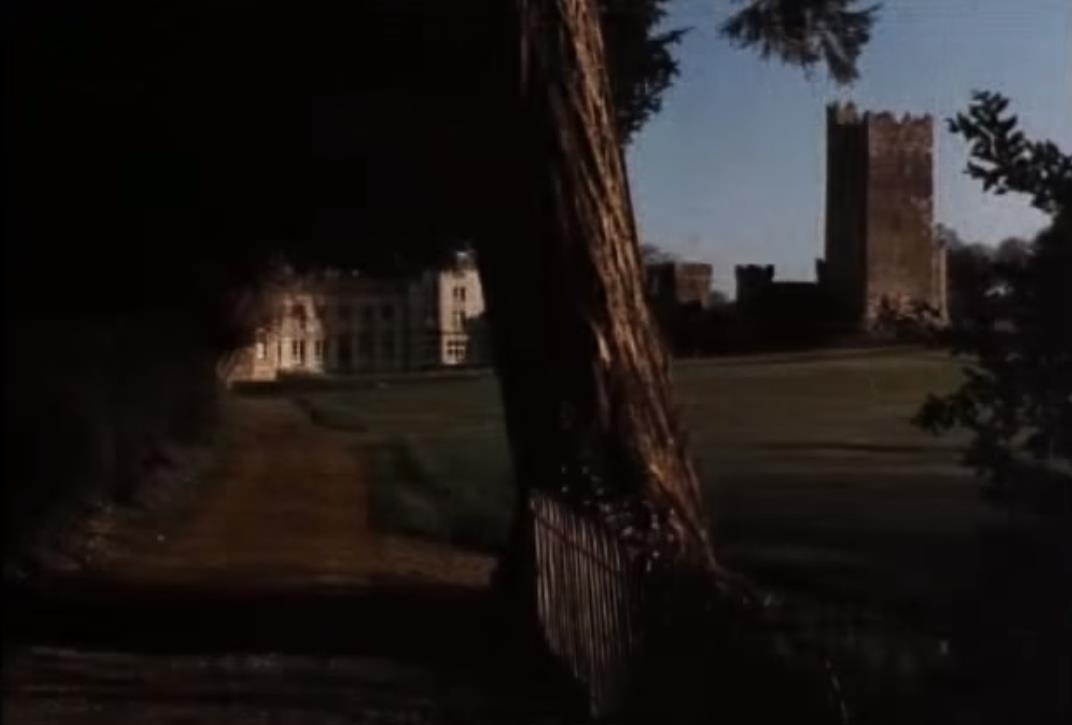 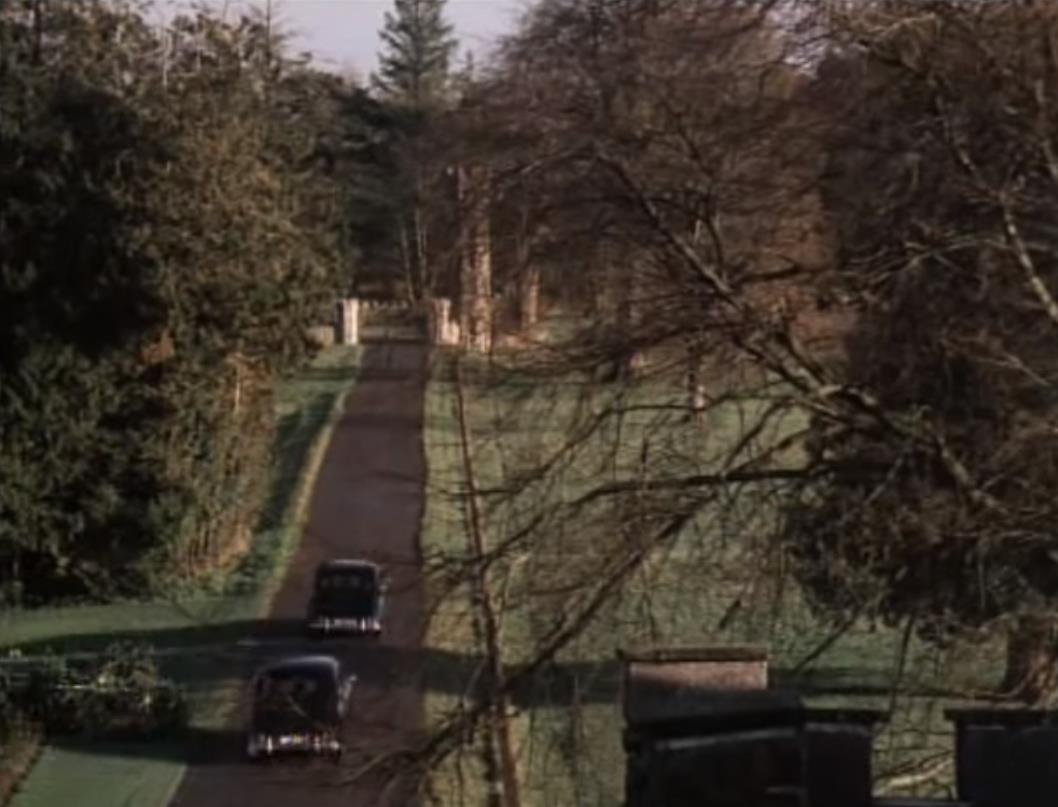 1 thought on “In this House of Brede”