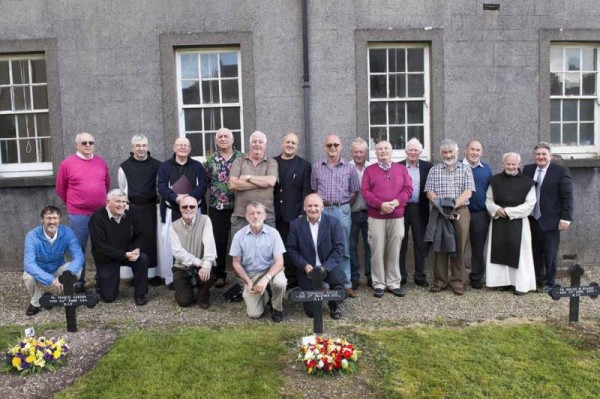 “Many sincere and heartfelt tributes were paid to Fr Cornelius Justice OCSO, late of Minor Row, Millstreet, at the Mount Melleray Past Pupils Reunion Dinner in Rochestown Park Hotel on Saturday evening last – 27th September. This was the first such event to be held since his death in December 2012. Earlier in the day at a very simple and very beautiful ceremony held at Mount Melleray Abbey, a wreath was laid on Fr Cornelius’ grave by a delegation of Past Pupils led by Michael Condon and Kevin McCarthy. At the same ceremony a wreath was also laid on the grave of Fr Francis Carton who succeeded Fr Cornelius as Dean of the College in 1969. While Fr Cornelius has gone to his Eternal Reward, there is no doubt that his influence is alive and well, and living in the hearts and memories of all past pupils who knew him at the college. Ar dheis Dé raibh a n’anam” – Gerard Hennessy

More photos below thanks to John Power: END_OF_DOCUMENT_TOKEN_TO_BE_REPLACED

Following an uplifting, excellent address by Derry Sheehan the highly regarded Awards were presented and then followed some delicious refreshments provided by Ursula Pomeroy, Family and Staff.  Here we share a selection of further images from the truly enjoyable social END_OF_DOCUMENT_TOKEN_TO_BE_REPLACED

Millstreet Community Council would like to announce that the Community Gym is now closed for refurbishment. With ongoing challenges to secure income to run the venture, we are very grateful for having been offered a sports grant which will assist in the upgrading of the premises and replacement of obsolete equipment in the Gym. In order to complete this work, it is clearly necessary to close the premises. We look forward to re-opening a new modernised and efficient enterprise at the very earliest opportunity. We thank you for your understanding and support in this matter. 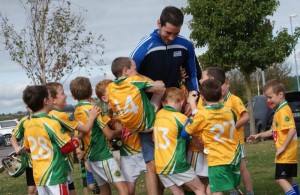 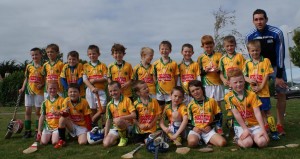 Millstreet Under 8 Hurling team were in action in Mallow last Saturday (Sept 27th), which was the last blitz of the year. With thanks to Mark Ellis for his time with the team again today – from Millstreet Juvenile GAA – Click the photos for larger size

Also, congrats to Mark today on being named at centre back for the Hurling team of the Year according to GAA.ie