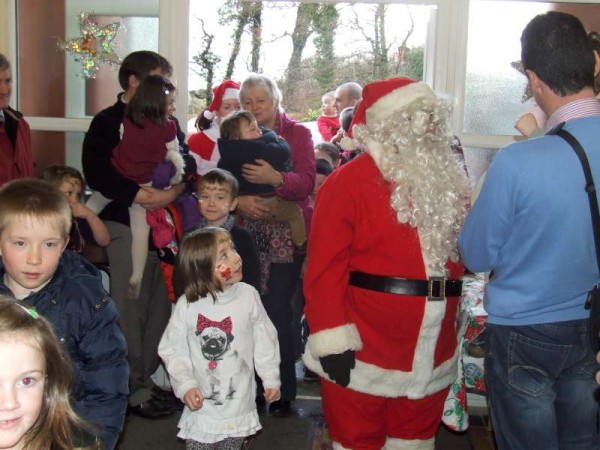 Amidst much excitement, Santa arrived in Aubane Community Centre this afternoon, where he was greeted by a large crowd. He had a busy day as there were over 50 children waiting to have a word in his ear, so he was very tired when leaving with the two reindeer he brought along, though his load was much smaller with all the gifts he gave out!

He was chauffeur driven this year in very luxurious white Car, where he was joined by Mrs Claus, one of his friendly elves, and his two reindeer. Many thanks to you all who came and joined in the Christmas Spirit. The Aubane Social Club wish you the very Best for Christmas 2012 and the future years.