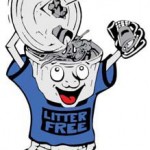 After two weeks of the Cork County Council Litter Challenge 2012, we find ourselves languishing down the table for our category with only one week remaining. Top score for the second week was unable to detract from the worst score in week 1 🙁 …  but at least it was a big improvement where most other towns dropped points in week 2.

See all the scores for the competing Cork towns

Camogie: Millstreet Presentation NS beat Banteer NS and Knocknagree in the Girls’ 7 Aside Camogie Blitz took place in Banteer on the 6th of June 2012. [photo above right, and video below of the Banteer game at the end of this article]
In the final of the girls 7-a-side Camogie, Presentation NS Millstreet (played on June 13th in Newmarket) beat Banteer NS on a scoreline of 7-8 to 2-1. [see photos of their parade through town after the game, and the video of the match below]
Under 18 C 13 a side League Final: Carrigaline v Millstreet, Castle Road 5pm Saturday June 16th (?? result anyone)

Donegal International Rally: Dan Lucey / Derry Healy finished 27th in the National Category and [Full Results from DonegalDaily.com], also below is a video of Daniel’s car in service