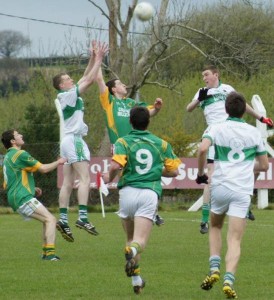 Greyhounds: Ballydaly United came third in the Connolly’s RED MILLS Produce Stakes Round 1 Heat 3 (Grade : A0) Flat 525. After a brutal start, he stayed on strongly and gained a lot of ground to take third place three lengths adrift. [see video below]

Athletics: The annual Clara Mountain Run organised by the Irish Mountain Running Association will be held this coming Sunday at 7pm. Registration at the GAA Hall. [Full details on the IMRA website]

Results from the Boherbue to Kiskeam 4mile Mon 9th (2pm)

Charlie Drake crosses the finish line of the one of his stages in the ARC Quit Forest Rally backwards.