Reposing at McCarthy’s Funeral Home, Banteer on this Thursday evening from 6.30pm, followed by removal at 8.30pm to St. Jospeh’s Church, Lyre. Requiem Mass on tomorrow, Friday, at 12 noon. Burial afterwards in the adjoining cemetery.
END_OF_DOCUMENT_TOKEN_TO_BE_REPLACED 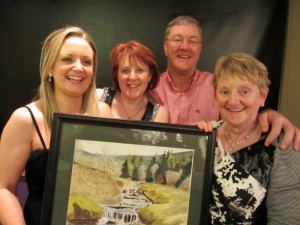 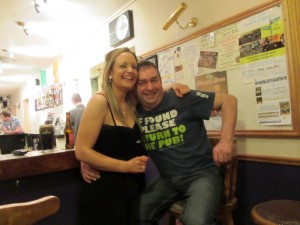 Millstreet Country Park staff made a presentation to Joanie McAuliffe Marketing Executive at Millstreet Country Park since 2008 of a painting by Bertie Buckley on the occasion of her leaving the Park to take up a new appointment as manager of Tralee Eco Park. The presentation was made in Sean Murphys bar in Carriganimma. In the picture above left are: Joanie McAuliffe, Pauline Sheehan, Donie Howard, and Eileen O’ Riordan, and above right are Joanie with Sean Murphy.