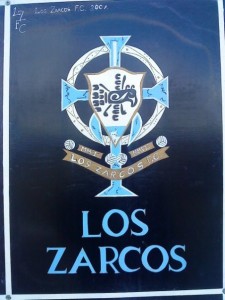 The name of Los Zarcos given to them by Brian Sullivan of Millstreet Town’s Mal Paso Pub
Back in the very early eighties they were formed as a Football Club
Some of the players who played for Zarcos then the grandfathers of today
And some deceased and some from Millstreet living far away.

Some of their sons in the colours of Los Zarcos nowadays line out to play
They win some games and lose some games that’s life as some might say
In The Mal Paso Pub they drink to celebrate a win or ease the pain of a loss as their dads did in days gone by
On looking back the decades how time does seem to fly.

That they have survived as a Football Club to their management credit is due
And their fans now as they always were to them remain as true
In Duhallow a lot of sporting clubs to the ways of time have gone
But the Spirit of Los Zarcos in Millstreet is living on.

Players who do not play for glory or money but for the love of the game
To wear the Los Zarcos colours is for them sufficent fame
The Seasons come and the Seasons go and few things seem to last
But the Los Zarcos Club in Millstreet lives and retains it’s links to the past. 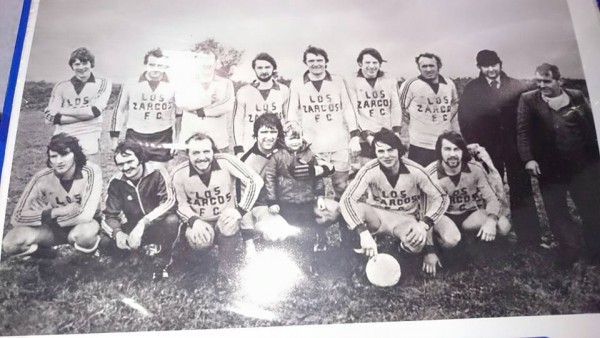 (added 2015-11-04) People wonder where the name Los Zarcos came from. “Zarco” is the Spanish for “Light Blue”, so the team were called the Light Blues, and thus the jerseys.
They played their first soccer in the West Cork League in the 1980s, disbanded, and were later reformed in 2000.

3 thoughts on “The Spirit Of Los Zarcos”