We had been waiting for news of upcoming boxing at the Green Glens arena, and this morning’s Examiner confirms the news:

“BIG-TIME boxing returns to the Green Glens Arena in Millstreet on December 10 when Rylane Boxing Club combine with the Garda Boxing Club to stage a show that will be built around the annual visit of the NYPD to box a Garda selection.

It was at the Green Glens that Steve Collins stripped Chris Eubank of his WBO world super middleweight title and, after confirming his superiority over the former END_OF_DOCUMENT_TOKEN_TO_BE_REPLACED 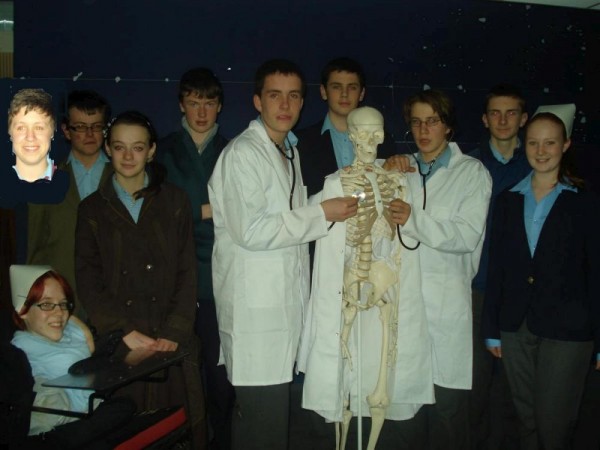 Millstreet Community School T.Y. Drama Group will present the hilarious comedy “It runs in the family”, a two act play guaranteed to banish those winter blues! The cast, backroom team and producers Jennifer O’Donoghue and Margaret Buckley have put in a big effort so come out and give your support to the stars of the future (and the present) to what promises to be a great night out. It’s on at the Community School Tuesday to Thursday November 22, 23, 24th starting at 8pm sharp. Tickets €8 and €5 available at 029-70087.
From left: Donagh Murphy, Joanne O’Riordan, Conor Meade, Nadine Spillane, Stephen Crowley, Padraig McCarthy, Mark O’Sullivan, a skeleton, Colm Barrett, Andrew Roche and Haley Whitby. Missing from photo: Kelly Murphy.