Alps Electric Ireland has confirmed that between 30 and 40 people are to be let go over the coming weeks.

The Japanese-owned company, based in Millstreet in County Cork, employs around 550 people at its plant in County Cork. Alps manufactures electrical components for the car industry.

A company spokesman said that between 200 and 300 people were hired over the past two years to clear a backlog in customer demand worldwide.

He said these staff were specifically hired to catch up on orders and were aware their employment was short-term. He accepted, however, that the news was upsetting for employees. Staff were briefed at a meeting on the site last week.

This is from an article on the RTE.ie news service 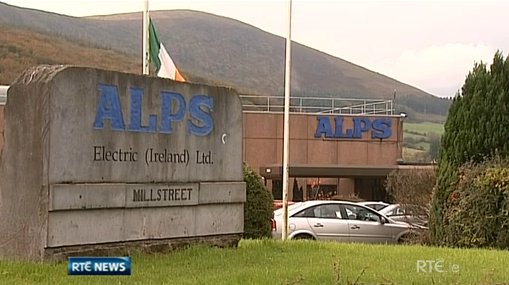 1 thought on “Some Jobs to go at Alps”