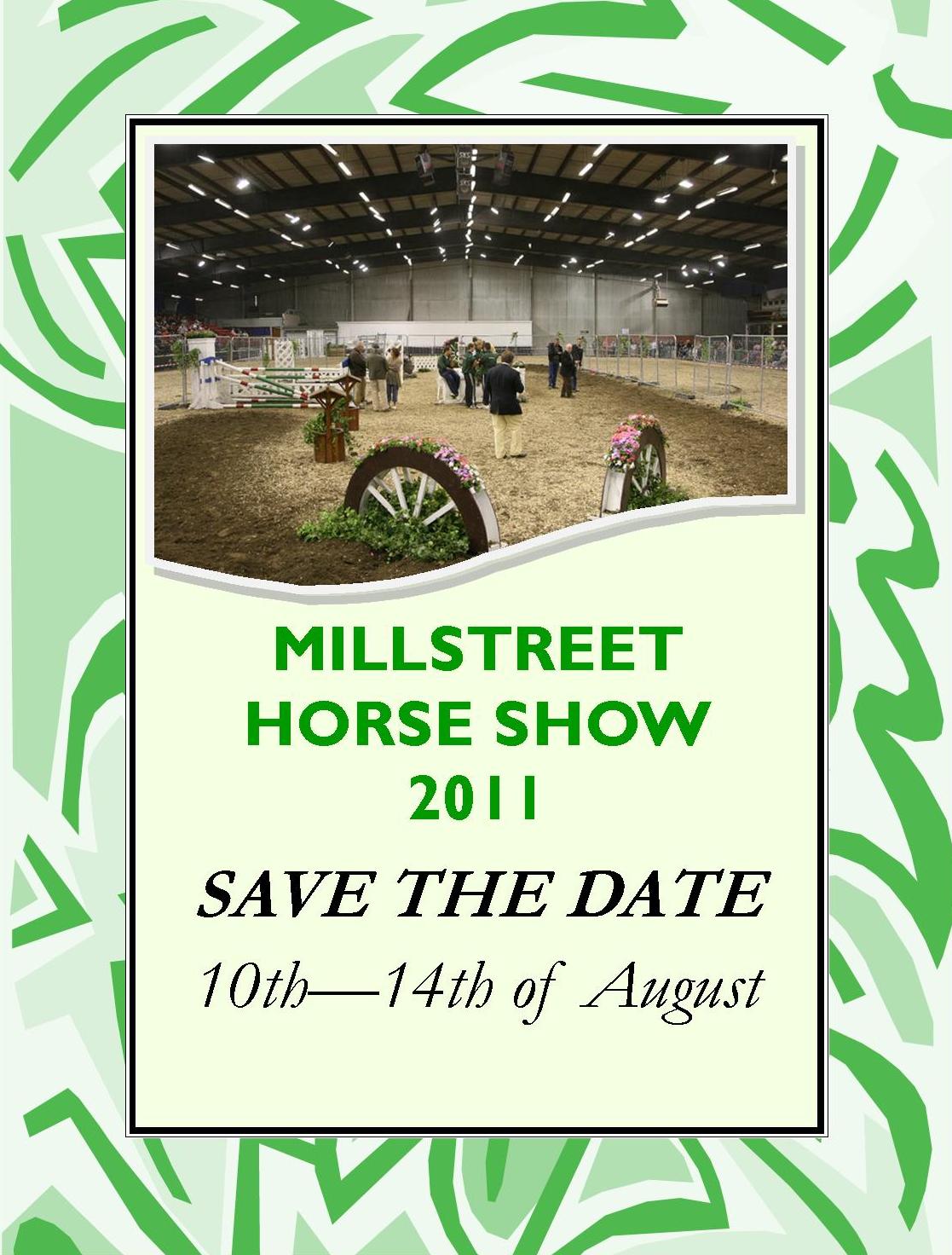 From an article in the Irish Examiner:

Interest in this year’s Millstreet Horse Show is even greater than last year, according to Noel C Duggan.

“Entries are flying in and we have three girls on the phones. Also, we were the first to take entries on line and it has proved to be great for both the show and competitors.

“I can guarantee that this year’s show will be spectacular, with huge improvements in the lay-out of the place. Eight sand arenas will be in operation, all drained and refreshed, and we have undertaken landscaping. Along with the competitions that featured last year, we will be announcing new, exciting elements to the schedule soon. All told, there will be €100,000 in prizemoney going into the sport and I am satisfied that the show will be a bigger success than last year.”

Last year’s show was declared “independent” by Mr Duggan and, despite being unaffiliated, proved a big success, attracting huge interest from show jumping fans, who defied the threat of sanction by ShowjumpingIreland.

Full details for the horse show at www.millstreethorseshow.ie