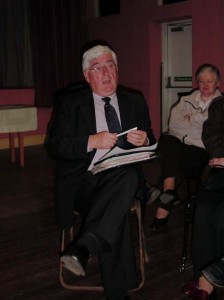 Maybe he realised like the rest of the cabinet that since the chance of him getting into office the next time around was getting slimmer as the days went by and decided to take his retirement lump sums before they are drastically reduced. (Tax-free lump sum of €159,000 pension lump sum of €160,000. Pensions totaling €121,000).

Also, the General Election has finally been announced for March 11th, and Cork North West has suddenly become a very interesting Electoral division.

2 thoughts on “What a difference a day makes”