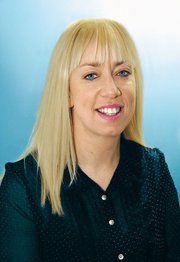 Ann Foley, a single mother of one and a postgraduate student in International Relations at UCC, from Newmarket, will be officially announced this week as a People Before Profit candidate for the Cork North West constituency.

The newly formed United Left Alliance (ULA) will hold a meeting in Cork this week to launch its pre-election policies, in the Metropole Hotel, McCurtain Street, Wednesday 12th at 7.30pm.  The Alliance is set to contest more than 20 constituencies in the upcoming general election.  (The United Left Alliance is an amalgamation of the Socialist Party, People Before Profit Alliance, and Workers and Unemployed Action Group)

Ms Foley said the alternative being offered by Fine Gael, and Labour is the same as what Fianna Fail have been pursuing, and she believes there is an appetite for real change in Irish politics.

“It’s the same traditional, established political parties with the same policies, that’s what is on offer,” she said. “The policies of Fine Gael and Labour will do nothing to help the ordinary people. The minimum wage is a disgrace especially when the standard of living is so high. Nothing either party have said of late gives any indication that they would pursue real social change.”

Each member of the ULA, who will contest the election, must sign a candidate pledge. Included in this pledge is a guarantee that Dáil deputies will not take a salary higher than the industrial wage, all members will not attend conferences in Ireland or abroad considered to be junkets, members will use public transport where possible and not use ministerial cars should they assume such a post.

Ms Foley believes this will make them more credible to the people. “I feel the ULA has very common sense policies. There is nothing dramatic or revolutionary about our policies. A lot of countries have functioning social democracies, especially in Scandinavia. They have great health, transport and childcare systems. This is the direction we want to take, a direction this Government failed to follow, and indeed a direction that the policies of Labour and Fine Gael will fail to follow also.”

“We have the chance to invoke real change in Ireland but change for the benefit of the citizens, not the select few.”

for more info on the ULA, visit their website at www.unitedleftalliance.org