Herlihy Supermarket Group has acquired a new store in Millstreet Co Cork. The store, formally known as Dennehy’s Centra, West End,  Millstreet,  became part of the Herlihy Group on 3rd December 2010. This Centra store has been providing for the Millstreet community for over twenty five years. 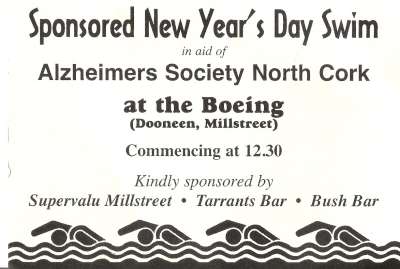 Please support this annual fun filled event for a good cause.

(Sponsorship Cards in most shops around town)

New Year’s Day can often be a quiet day, bring the family for  an

hour of fun  to encourage the brave souls attempting the cold

waters of the Blackwater river.