Google have today launched their Street View of Ireland, and Millstreet is included in that. For those that don’t know what Street View is, it places panoramic photos from the street every 10 or so metres on top of Google Maps. Most of the local roads are covered too, even out in the countryside. It is very impressive.

If you haven’t been to Millstreet, or haven’t been there in a while and would like to see how it has changed, then click here to start in the Square.

It appears that the Google Street Car visited Millstreet sometime in May 2009 (the election posters are up around town). Included below are dozens of people caught by the Google cameras in Millstreet (more being added all the time).

END_OF_DOCUMENT_TOKEN_TO_BE_REPLACED 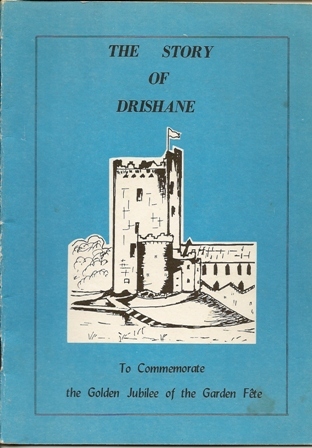 The Story of Drishane booklet – to Commemorate the Golden Jubilee of the Garden Fete – a 20 page booklet from 1980. [printed by Kanturk printers]

(click the image on the left for the poster in full)