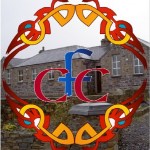 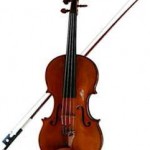 The timetable for Saturday and Sunday competitions are given below

END_OF_DOCUMENT_TOKEN_TO_BE_REPLACED

Niamh Kavanagh who won the Eurovision Song Contest in Millstreet way back in 1993 is representing Ireland again this year in Oslo (Norway). The second semi-final is on tonight and Niamh and Co. will be doing their piece. You can’t vote for her if you’re in Ireland, but be sure to cheer them on. It starts at 8pm tonight on RTE2. Below is a video of her from the dress rehearsals in Oslo last night.

update 27th May: They’re in the final on Saturday night 🙂 Video from the semi final is below:

END_OF_DOCUMENT_TOKEN_TO_BE_REPLACED

Brian Murphy from Cloghoulabeg seen here on Tuesday competing in the in the FBD Rás for the Kanturk Cycling Club.

Denis Corcoran as a young man left Kilmeedy and he went to live in the U.S of A
And there he earnt his living as a Fireman he was a big and brave man on his day
But as the years went on he thought of Millstreet and of the fields by Clara far away
He visualized the bohreens and the hedgerows and the hawthorns in their white flowers of the May.
.
When Denis Corcoran came home to live in Millstreet he met and fell in love with Miss Maud Brown
And they lived at Claraghatlea north by the old stream about a mile and a half west of the Town
They lived there for a few decades and were happy till they sold and bought a house on the Clara road
But since Denis and his wife went to the reaper a lot of water down Finnow has flowed.
.
He was a very tall man and broad shouldered and he stood over six foot without shoes
And one might say quite a commanding figure and people listened when he aired his views
In his prime he led a life of adventure and of his stories one could never tire
He once showed us the medal that he won for bravery when he rescued a young baby in a fire.
.
He lived his twilight years in his old homeplace the man who earned his fortune far away
The job he worked in was one fraught with danger and he was one who earned his every pay
We marvelled at his stories of adventure and he was one who could not tell a lie
And he became a hero far from Millstreet when he risked his life to save a baby boy.