Dear Sir/Madam
My great great grandmother Johanna/Hannah Mahoney was one of the “Earl Grey Famine Orphans” from Millstreet sent to Australia in 1850. Her parents were Daniel Mahoney, a shoe maker, and Catherine nee Sheehan both deceased. I found a Widow Mahony and 3 dependants were evicted from Rathcoole in 1847 which could be Catherine.
I am trying to find out where Daniel and Catherine would have been buried as probable famine victims. Would it have been Cillin on the Clara Road or Clondrohid?
I would like to pay my respects and if possible plant a tree in their memory.
Although I was born and raised in New Zealand I have lived in Clonakilty the past 16 years and have only recently discovered my ancestors.
yours faithfully
Kaye <email> 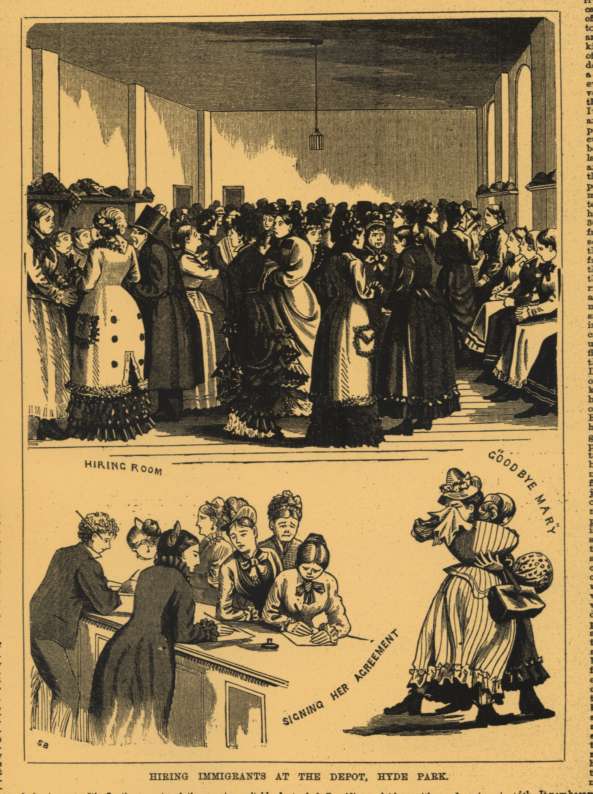 About the Earl Grey Female Orphans

Between 1848 and 1850 over 4,000 adolescent female orphans emigrated from Irish workhouses to Sydney, Melbourne and Adelaide on the other side of the world. Their emigration has become known as the ‘Earl Grey scheme’ after its principal architect, Earl Grey, Secretary of State for the Colonies in Lord John Russell’s Whig government at the time of the Great Irish Famine.

It has not always been recognized that Irish women made a tremendous contribution to Australian society. About one third of convict women were Irish. More than 1,000 young women came to Sydney and Hobart in the 1830s from Foundling Hospitals in Dublin and Cork. Approximately 18-19,000 Irish Bounty and government assisted migrants arrived in Melbourne and Sydney between 1839 and 1842. Of these about half were female. Gender balance was a defining characteristic of Irish migration to Australia throughout the nineteenth century. In 1855-6 over 4,000 single Irish women arrived in Adelaide. Such infusions of Irish female blood had a telling influence on the development of colonial society. Our ‘Earl Grey’ female orphans sit comfortably within that tradition.

The difference is that these last young women stand as symbolic refugees from Famine. They came from among the genuinely destitute class in Irish society, those whose world had been torn apart by the tragedy of the Great Irish Famine. Inmates of recently constructed workhouses, orphaned by the Famine, though about a quarter of them had one parent still alive, most were between 14 and 20 years of age, ready and willing to grasp the opportunity of a new life in the Antipodes…

Read more on the Earl Greys on irishfaminememorial.org

photo above is from the collection of the State Library of New South Wales [TN83] (Australian Town and Country Journal, 19 July 1879, p 120)