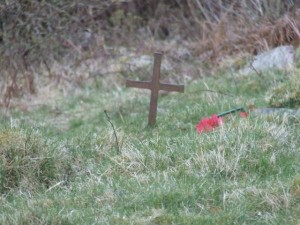 Just beyond the grotto on the Clara Road and on the lower slopes of Clara Mountain, there is a small old graveyard known as Cillín (or ‘the Cill’ (pronounced “Keel”) Cemetery in English), but known by many as The Famine Graveyard.

It dates from the middle of the 19th century and was located there because its close proximity to the rear of Millstreet’s Union Workhouse (which was is now St. Joseph’s Community Hospital). Many victims of the Famine (especially from the Mallow area) are buried there, including unbaptised babies born in the workhouse.

The graveyard is closed now, but a few who have given of their time and energy have been laid to rest there. Hannah Mary O’Connor of West End was buried there because of her commitment to the restoration of the Cemetery and the placement of a large Crucifix in the middle of the sacred area (1965) [Read the comment by Jerry Kelleher below on her family connections to the Keel and the Workhouses].  In 1993, similar permission was given to the family of the late Christopher Fitzgerald who also did much to maintain the Cemetery. Christy’s wife Dorothy was also laid to rest there in 2011. No other person has since been permitted to be buried there. 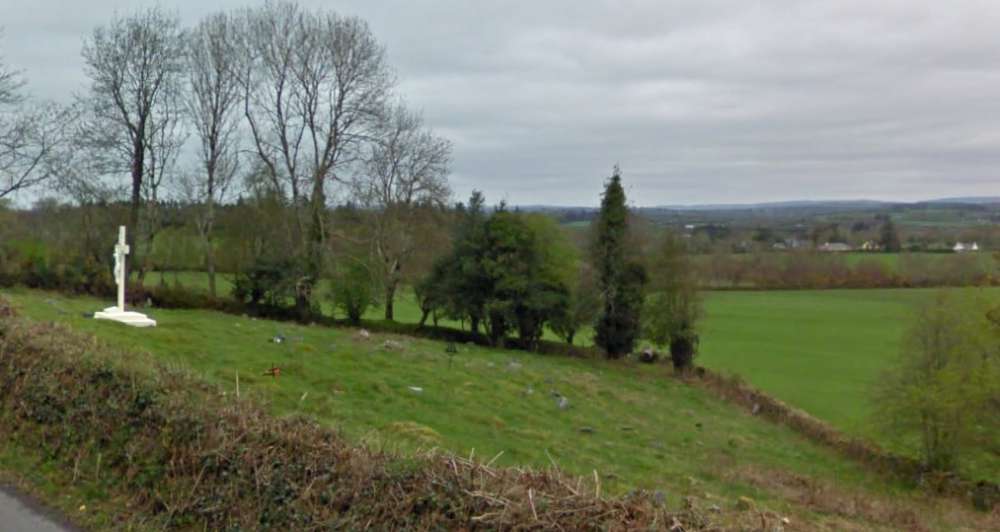