Recently I was at a concert in UCC were Kenneth Cremin (son of Breda and Denis from the Priest Cross) and Cáit Buckley from Derinagree both received the 2010 “Doc Gleeson” award for Musical Achievement at a special concert held at the Aula Maxima, Main Campus at UCC. Kenneth played a piece of Classical music by Steve Reich on the electric guitar while Cait Buckley played a collection of music on the harp. Two other students who also received the Doc Gleeson Award were Enda Buckley who played rock music on the guitar and Tara Breen from County Clare played a section of Irish jigs on the fiddle Tara who was on the recent series Lorg Lunny on TG4 has been chosen by music legend Donal Lunny to be part of his new band Cirrus who played their first concert last Saturday night on television .

A Gamelan concert was held in late March which Kenneth Cremin performed playing different intruments. this is a concert of new music, dance and traditional Javanese music performed by the UCC Gamelan with special guests Colin Dunne of Riverdance fame and Kate Ellis renowned cellist. This concert also honours Aloys Fleischmann Professor of Music at UCC from 1934 to 1980 the title of the concert was “Telephones and Gongs”. Current Professor of music at UCC Mr Mel Mercier said that the present class of music students were very talented group. After a non stop two hour concert a five minute standing ovation was given by a full audience to the students. So well done to Kenneth and Cáit and Millstreet

END_OF_DOCUMENT_TOKEN_TO_BE_REPLACED 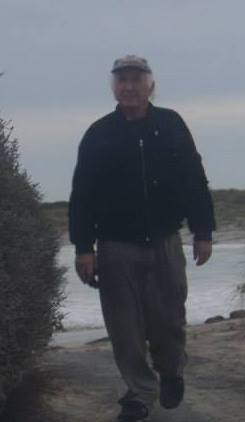 In Penshurst lives a poet
Francis Duggan is his name
he posts work on the internet
as well as earning local fame
.
his birth place was in Ireland
now he calls Australia home
every day writes rhyming verse
in lyrical traditional form
.
his themes range from bird and tree
through to complex human nature
soul sees both beauty and misery
sympathises with living creature
.
he wrote a wonderful anthology
called ‘Songs of Sherbrooke’
exploring many aspects of life
examines closely cranny and nook
.
if there’s something that you want
to know about life down-under
follow Frank’s heart, see through
poet’s eyes world full of wonder

(1946 – Present) I have been penning stuff since 1973 have written up to nine thousand individual pieces which can be seen on various online poetry sites, I was born and raised in Claraghatlea, Millstreet Co Cork Ireland and I have been living in Victoria Australia for the past twenty three years (since 1989) – Francis Duggan.

Taken at Millstreet Country Park. Some earlier this year, others are from last year.