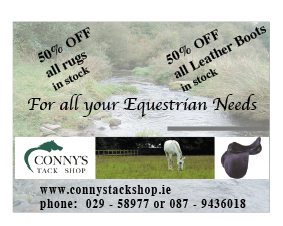 The Fine Gael Cork North West Constituency AGM takes place in Millstreet this evening. Fine Gael Education Spokesman, Brian Hayes TD will deliver a speech on why there needs to be a new deal between teachers and the Government.

If I had a fiver for everyone who told me that the Department of Education HQ was a downtown office of the Irish teachers’ unions, I would be a very wealthy man. The common perception is that the unions simply click their fingers in Marlborough Street and get everything they want.

It is true that we have seen some dreadful deals down the years where educational outcomes were not the priority. But can it be said after the effective reduction of between 15% to 19% of teachers take home pay over a twelve month period that the teacher unions still dominate the agenda? Any objective observer would have to say that this is not the case.

The Munster Scór Sínsear semi-finals yesterday evening took place in Millstreet GAA Hall. There was a home victory for the Millstreet Question Time team. In a diverse cultural programme, Cork teams enjoyed success and progressing to the provincial final are:

The Munster Senior Scor finals go ahead in the Tinteain Theatre, Ballybunion on Sunday, March 20. (More on this hopefully soon)

The eldest daughter of Denis and Elizabeth McCarthy her beauty I recall
When she was young in Pound Hill the fairest one of all
Though the years go by so quickly and fleeting is our prime
The memories of her beauty remain undimmed by time
Tall and blond and young and graceful in my mind she remain
Such lovely mental pictures of Phil to retain
She rests at peace in Dublin well north of Millstreet Town
Far from the streets where with her young friends she often walked up and down
Unaffected by her beauty she was free of conceit
What was a win for Dublin was a loss to Millstreet
She would have been in her sixties as far as I know
One can only hope her end was peaceful and not painful and slow
The years go by so quickly and time does not stand still
May she rest in peace in Dublin far from the Town by Clara Hill.

Former Cullen man Michael Cremin is to be the Grand – Marshall of the upcoming 29th annual St. Patrick Day’s Parade for North Jersey will be held 2 p.m. Sunday, March 14. An active member of the community, he has been nominated by the Council of Irish Associations of Greater Bergen County. Here is what the article says about him:

Michael Cremin of Dumont, the grand marshal, is originally from Cullen, County Cork, Ireland, the son of the late Edmond and Catherine Cremin.

He worked as an apprentice carpenter before he immigrated to America in 1962. He worked for Pan American and later for United Parcel Service.