END_OF_DOCUMENT_TOKEN_TO_BE_REPLACED

The Haiti earthquake occurred on Jan 12th 2010. Currently there are 170,000 confirmed dead and three million affected by this catastrophic event. As there hasn’t been a concerted effort to raise funds for food/shelter/medicine and everything else that these devastated people need, there will be a church door collection at all the masses this weekend (30th & 31st Jan), and all are encouraged to give generously as the affected people had nothing beforehand, and have even less now. From the parish newsletter last weekend:

Bishop Bill has decided that it would be good to afford parishioners of the Diocese an opportunity to respond to the current situation in Haiti. Next weekend there will be a special Church Door collection for those who wish to donate. This money will be sent to Trocaire who are working on the ground with Caritas International

See lots of photos of Caritas at work in Haiti on flickr.com 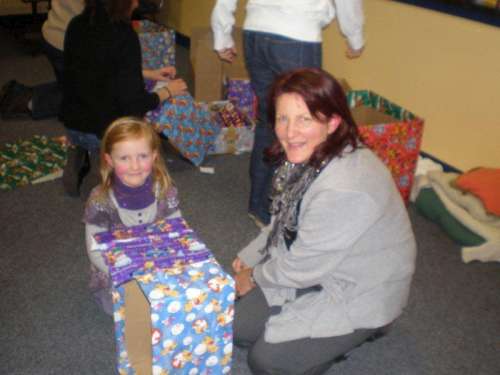 Margaret Crean and Maureen O Sullivan like to thank everyone for the generous supply of food stuffs and clothing donated to the above Christmas appeal 2009.

Times might be tough but the response from the people of North Cork would make you proud.

END_OF_DOCUMENT_TOKEN_TO_BE_REPLACED

Next week ‘Ceart Agus Coir’ (an Irish & English language series that charts the history of the death penalty in Ireland) looks into the case of the death of Millstreet man Cornelius Dennehy in 1938. (Feb 4th TG4 10.15pm.). The below is a summary of the programme:

BY MICHAEL TRACEY on the Laois Nationalist
IT was a tale of murder most foul that gripped the country and centred around one Laois man.

In January 1939, James Dermot Smyth from the Rushes, Wolfhill, was executed by hanging after he was convicted of the murder of a Cork butter buyer. The victim, Cornelius Dennehy, was found dead in his car near The Swan having been shot in the head at close range.

The pair were well known to each other and Smyth had even described Dennehy as his “best friend”, so the crime became known as the “best friend murder”. The grisly incident is the subject of an episode of TG4’s Ceart agus Cóir series on the death penalty in Ireland.

END_OF_DOCUMENT_TOKEN_TO_BE_REPLACED

The Tour of Ireland Cycling, in Tipperary, the day before it came to Millstreet