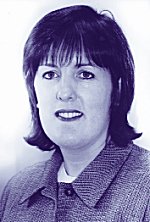 And of course I’m delighted with our best delegate award @QUBOgraFF testament to the enthusiasm of all our members! Congrats to @uccff on winning the Gobnait O’Connell Award! @leenolanbolger We’ll do our best to make sure u dont get it two in a row😜 pic.twitter.com/BuTQ66pjBf